Lying to Protect Those You Love ??? 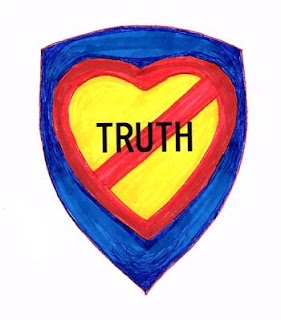 Synopsis: Understanding ‘protection lying’ starts this mini-love-lesson; which flows into the usual destruction issue; then a fundamental principle; the question of good lies; two kinds of lie; how lies cause distancing; lying as an act against yourself; and then ends with the good news.

“I didn’t tell you because I didn’t want to hurt your feelings”.  In my work with couples and families I think I must have heard this 1000 times.  Once in a while it is totally true, but usually there is more to it than that.  “I did not tell you because I wanted to save us both from the horrible feelings we would have to go through once you knew the truth”.

That kind of statement is often more real.  “I lied because you would punish me and I hoped to escape that punishment”,  “You would not let do what I wanted to do, so lying to you was the only way to get to do it”, “If I told you the truth, you’d think it meant I didn’t love you”, “You would not love me anymore, so I had to lie to you”, “You would leave me if I told you the truth, so I had to lie”, “I was afraid you’d hate me forever, and I wasn’t brave enough to risk that, so I lied to you a lot”.  These are often deeper truths that sadly often go unsaid, until it is too late.

So often the protection is mostly, or only, for the one telling the lie, and not really for the loved one, but that is not always true.  Sometimes it is for both.  When we think of telling a lie to protect a loved one, making sure it is not a lie we are telling ourselves gets to be very important.  So, be honest enough with yourself to check that out with yourself.

Jesse angrily said, “Why did you lie to me about your smoking again?”.  Robin replied, “I’ll stop and never do it again; I promise”.  With dismay Jesse said, “That’s not the point.  Smoke if you must, but don’t lie to me about it.  Your lying makes me think you’re not going to be able to be truthful to me about – about anything, for all I know.  Maybe you don’t even mean it when you say you love me.  Is that a lie too, or is it that you just don’t have the guts to be real with me?  Maybe you’re just a coward, or a fake, and not the person I thought you were!”.

In this interchange between Jesse and Robin, you can see their whole relationship is starting to be undermined and perhaps destroyed, and all because of a fairly unimportant lie.  Lying, not the smoking, is the far bigger, destructive issue.  That is so often the destructive problem in so many love relationships.

Telling the truth may indeed cause trouble, and lying might dodge that, but lying often risks much greater trouble.  Deceit, deception, things left out, minimizing parts, magnifying other parts, purposeful distortions, and out-and-out lies, all risk damage being done to the relationship that exists between the one attempting deception and the possibly deceived.  All forms of deception may harm the love and the love relationships you have, sometimes irreparably.

Are There Good Lies?

The agonized and sobbing mother stated, “If only I had lied to him.  I told him our daughter was pregnant by her boyfriend, and he flew into a rage; I know he didn’t really mean to kill her, but he did.  If only I had lied”.  Yes, if it would have saved her daughter’s life, she should have lied, but under the intense stress and threat of the situation she did the only thing she knew to do, tell the truth.  Lying to protect life and avoid serious danger is sometimes the only safe thing people can figure out to do.

If you are dealing with a person prone to violence and inflicting serious damage to others, safeguarding health and well-being, even with deception, is the greater good.  However, if the only thing that is likely to happen is a lot of emotional discomfort and dissonance, truth can be the upsetting but safer thing to present.  Now, if you’re lying to pull off a surprise birthday party, or something like that, sure, that’s OK.  But if you are lying just to avoid your own discomfort or disadvantage, lying probably is not OK, and it can be dangerous to your relationship.


There is lying or deceiving to avoid, and lying to acquire.  Each can be harmful to a love relationship.  The avoiding kind of lying seems to be more common.  Lying to avoid hurt (i.e. harm, displeasure, getting caught, punishment, restriction, deprivation, time consumption, struggle, stress, etc.) probably is the most common type in love relationships.  Lying to acquire advantage (i.e. illicit pleasure, forbidden fruit, unequal treatment, undue privilege, secrecy, manipulation of others to their disadvantage, ego boosting, unearned respect, envy, status, undeserved position or wealth, etc.) can be just as disastrous, and sometimes even more harmful than lying to avoid.  Some lies and deceptions are simultaneously both ‘lying to avoid’ and ‘lying to acquire’.  Here is an example.

Geraldine didn’t want to be caught cheating on her husband because she feared a divorce would result, their children would be harmed, and her lifestyle substantially reversed.  So she lied and practiced all sorts of other deceptions.  At the same time, she wanted the feelings of being loved more and better, she also wanted the wilder and kinkier sex, a greater sense of adventure, and the more frequent ego boosts she experienced with her lover.  So her lies and deceptions were both to avoid and to acquire.  However, the cost was great.

Stress and stress illness, anxiety, guilt, secret shame and sheer time consumption increasingly ruined her life.  After her stress-induced stroke she entered self-examination counseling and discovered that keeping up the lies, telling more lies to cover the old ones, keeping everything straight, constantly having to create new ways of deceiving were what really caused the most stress, and did her in.  In couples and family therapy she learned her husband was willing to do much more in those areas and eventually all was fixed.  With truthful living she recovered into a real and loving marriage.  However, it took years.

How Lies Cause Distance


‘Making love naked is usually making love more and better than making love with clothes on’ is both a physical and a psychological truth.  When you lie you make part of you covered, disguised and unavailable for intimate knowing.  Therefore, that part of you is unavailable for love.  It goes love-starved and divided off from the rest of you and from those who love you.  Do that a lot, or in really big ways, and you may find the real you is not even there anymore.  You have so ‘covered the you’ that needs love the most, and it is all alone, and maybe someone you love is very alone too.

Lies tend to distance us from one another, and an otherwise workable love relationship becomes a role-played fake.  That does not always happen, and some people manage to pull it off pretty well, but never without some damage.  The distancing caused by lying and deceiving can lead to love starvation which brings on a great deal of depression and anxiety, even when one gets away with the deceptions.  Relapses into addictions are also common.

Lying As an Act Against Yourself


We lie to do or get something we want, or that we do not want to experience.  Maybe what we want is, indeed, to protect a loved one from some hurt or harm.  If the lie repeatedly succeeds that can bring on a habit to deceive.  Maybe our deceptions keep working but then later we know we are lying to someone we love.  That can cause us to dislike and demean ourselves.  In doing so, we can grow a sense of unworthiness and self disgust which in turn becomes self-destructive, as well as relationship destructive.  Lessening your self-respect and healthy self love does not help anyone or help any love relationship.


The good news is you can make amends.  Now, it may be that your lies if revealed will do more harm than good.  Be careful there.  It is so easy for that to be a lie we tell ourselves.  But if it is true you can figure out a way to make amends in some alternate, unrevealing fashion, then you can work to grow your inner strength to the point of being able to live truthfully.  Lying, even to protect others, can weaken us.  Grow strong with healthy self-love and you can be brave enough to live in truth.  Truth and love work together so much better than do love and lies.
As always – Go and Grow with Love

♥ Love Success Question
When you lie to a loved one, if you do, what are you most usually trying to avoid or to acquire?  And do you truly need those things whatever they are.  And could you be brave enough to handle some unpleasantness instead of lying to someone you love?