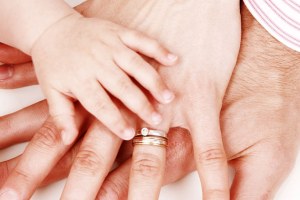 Intro
Here begins a series of blog entries aimed at helping parents empower and improve their parenting with the ways of healthy real love, plus practical methods known to get good, healthful, positive results.


These ways also work well for adults dealing with their own ‘inner child self’ and with the child within every adult.

The results are in.  After literally hundreds of well conducted research efforts around the world in which nearly every kind of parenting situation was studied the best parenting style has been discovered.  The parenting style that produces the most family harmony and results in children maturing into happy, healthy, productive adults is now known.  On a host of multiple measures in all kinds of families (traditional, single parent, blended family, adopted child, gay, lesbian, bi-sexual, multigenerational, multicultural, racially and religiously mixed, etc.) one parenting style stands out head and shoulders higher than the rest.

This massive research effort showed just four basic parenting styles to be common, along with mixes of these four styles.  To understand what’s best it’s helpful to know just a little bit about all four common styles.  This will give you some knowledge about ‘what not to do wrong’ as well as ‘what to do right’.

In some research literature these styles are given other but similar names.  It is important to note that these four styles have been discovered everywhere around the world, and throughout most cultures and societies.  Please note that these descriptions are in a sense ‘pure cases’.  Therefore, they are, for the sake of clarity, representative of extremes.  If in any family the characteristics of one style described predominate but are mixed with characteristics from other classifications a mixed-case situation can be considered to be occurring.  Let’s look at the worst one first.

Here are some of its characteristics:

4.  Unloving And Permissive In this style of parenting neglectful, often erratically hostile, and very seldom kind behavior predominates.  Positive inputs like praise and compliments are very infrequent, rules are vague and unpredictably enforced, affection is minimal, and a ‘nobody really cares what a child does, thinks, or feels’ attitude is prevalent.  This is mixed with occasional anger in which verbal abuse and physical violence can occur.  Guidance is quite infrequent or nonexistent, and indifference prevails; children are erratically allowed many freedoms and are seldom restricted unless their actions interfere with the parent’s life.

The erratic hostility tends to produce either timid fearful children, or highly confused rebellion.  Substance addictions on the part of the parents and/or with the children is fairly common.  Parents swing unpredictably from being unlovingly permissive to being unlovingly hostile.  This inconsistency for the child makes for a world that is unloving, unpredictable, destabilizing, undependable, contradictory, and often psychopathological.  The lack of love is depression-causing, and the unpredictability is anxiety-causing.  Thus, this style produces the most destructive results.  Child abuse, neglect, and abandonment are possible.

3.  Firm, Hostile and Unloving Parenting here is highly authoritarian, limits are clear, well defined, and pervasive, love conveying behaviors are largely absent, the family ethos lacks warmth and responsiveness, punishment is emphasized and common, while rewards and positive inputs are de-emphasized and uncommon.

Demeaning and derogatory messages are frequent, children are seldom if ever listened to nor are their wishes given consideration, fear-based religiosity is often present and stressed, obedience is the paramount value, rules are inflexible, parental orders prevail, free speech is suppressed, blaming, criticizing, griping and put-downs aimed at children are common, but not allowed to come from the children, painful punishment, physical restraint, abuse, and threats are likely, loving touch mixed with pain causing behavior may exist.  Such parenting tends to turn out hate-prone, fear-focused adults who repeat and often escalate this parenting style.

2.  Loving and Permissive Parenting in this style is unassertive but responsive, warm, and caring.  Children’s hurts, upsets, losses, etc. are dealt with especially well.  Over-protection is common.  Absent are sufficient challenges toward making improvements, as are standards for encouraging or ascertaining development.  Guidance toward success and coaching for accomplishment are under-emphasized.  Rewards and celebrations of achievements often are too freely given.  Rules are vague and often unenforced, forgiveness too readily obtainable, boundary-setting is indefinite, leniency pervasive, inadequate structure and organization is common, emphasis on purposeful growing of maturity is weak.  This style of parenting tends to produce fairly loving under-achievers.  Children’s potentials may go undiscovered or undeveloped, and adversity may easily overwhelm those raised in this parenting style.

1.  Loving and Firm (the best style) In this style parenting is pervasively kind, warm, responsive, and caring mixed with considerable non-hostile and even friendly firmness.  Parental leadership is highly assertive, seldom if ever aggressive or laissez faire permissive.  As children mature parenting is increasingly democratic and rewarding of advancement.  Rules are clearly and firmly established with consistent rewards for compliance and penalties for violations being given.  Rewards also are more important and often more frequent than penalties.  Penalties are usually impersonally administered without anger or other strong personal feelings being evident.  Victories and successes are joyfully and personally celebrated together.  All eight major groups of direct loving behavior are in evidence.

Positive inputs such as praise and compliments exceed negatives like corrections, complaints and criticisms.  A strong sense of calm, dependable, positive connection exists, desires of parents and children are voiced and heard frequently, maturation challenges and encouragements are also frequent. Collaborative humor occurs.  Love is shown daily and is paramount in family life.  Fear is seldom used as a major motivator.

Competition to achieve and advance is encouraged, while competition to defeat or down others receives far less emphasis.  Discovering, growing, and using one’s talents is valued, conformity is not stressed, individuality and uniqueness is stressed.  Careful adventuring, experimenting, exploring, and experiencing life broadly together and individually is encouraged, and experiences are excitedly shared.  Protectiveness is present but secondary to growth and positive gain.  Freedom of speech exists in family meetings.  Risk taking is encouraged unless unusually dangerous.  Individuality and uniqueness is supported within firm guidelines.  Kindness and firmness are experienced together daily.

The ‘Loving and Firm’ style of parenting tends to produce highly and healthfully loving, accurately self knowing and self confident, secure in themselves, democratic, mature, balanced, mentally healthy, fair-minded, higher achieving and productive, creative adults capable of appreciating and enjoying others, life, relationships, mysteries, challenges, achievements, the awesome, and their own and other’s self actualization.

These brief descriptions do not encompass all the things there are to be know about these four major parenting styles.  They do, however, give a fairly decent overview.  It is likely that your parenting is not a clear-case fitting only into any one of these classifications.  The important thing to figure out is what predominates.  How you can parent in a way that is most like the best ‘Loving and Firm’ style is the challenge.

Look for the next in this Better Parenting Through Love Series titled ‘Paul’s Points on Love for Parents’
May you and your child, or children grow with love!