False Forms of Love: Limerence and Its Alluring Lies 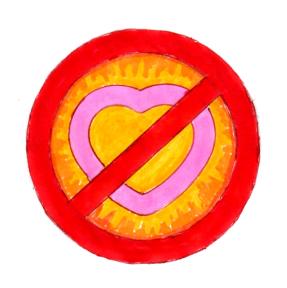 With much dismay in his voice Ronald said, “Three years ago I was sure I was head over heels in love with my wife, Helen.  About a year ago that all-encompassing feeling just seemed to evaporate.  I don’t know what happened.  Something must be wrong with me.  We have tried to rekindle our love but nothing we do works.  It is not anything Helen has done wrong.  She’s the same.  There’s not anyone else.  This can’t be how love works, can it?”

The answer to Ronald questions is “no” this is not how healthy, real love works but it is typical of a form of false love called limerence.  Limerence is thought to be one of the significant causes of breakups and divorce.  In the beginning it often starts as a nearly imperceptible set of feelings of mild attraction which can grow into enormous intensity making people think they are very much in love.

Then two to four years later the limerence process winds down causing all the ‘in love’ feelings to start fading out and closing down.  Sometimes this happens quite rapidly.  Once in a great while limerence can precede the development of healthy, real couple-love if a couple works at it, but usually not.  Sometimes the condition runs its course in less than the usual two to four year long duration and sometimes lasts longer than that average.  Two people can become limerent with each other simultaneously, sometimes it’s one person who is limerent and the other truly in love, and sometimes just one person is limerent and the other has no reciprocal feelings.

Limerence feels great in the early stages but if the couple (where one is in a limerent state and one truly in love) marries and have a child the person truly in love eventually is likely to be terribly heartbroken and their life possibly severely damaged, while the limerent person’s former ‘love’ feelings are just gone.  The limerent person is highly likely to become limerent again and again, possibly leaving a string of heartbreaks behind, sometimes along with several negatively effected children.

With Ronald we went through a checklist of limerence symptoms:
1.  Experiencing intrusive, interruptive, obsessive thinking about the supposed loved one mixed with, but not limited to, romantic and passionate desire interfering with practical living, clear appropriate thinking and functioning

2.  Having acute longing for another’s reciprocal feelings of desire and focus of attention to the point of disrupting sleep and effecting appetite

3.  Having a strong emotional dependency on another’s reciprocating positive regard, sexual desire and approval with frequent over-interpretation and mis-interpretation of another’s perceived relationship related words and actions, and severe feelings of rejection and agitation when experiencing anything undesired occurring in the relationship

4.  The inability to be strongly interested in, attracted to, or love-involved with anyone but the person one is limerently focused on resulting in neglectful treatment of children, family, friends and sometimes self

5.  Unreasonably strong fear of rejection, sometimes at a nearly incapacitating level in the early stage of a limerent attachment, sometimes accompanied with uncharacteristic shyness, awkwardness and fear of doing something which will ruin the developing limerent relationship

6.  Anxiety about losing another briefly, relieved with intense fantasy of romantic and sexual union with that person

7.  Intensification of romantic connecting desires and efforts when meeting adversity or opposition to the relationship

9.  Physical pain in the center of the chest, shallow breathing and physical nervousness with a sense of dread when any small, medium or large insecurity or uncertainty about the relationship occurs

10.  When small, positive input from the person one is limerent about occurs an over-reaction of ebullience, sense of buoyant ‘walking on air’ and exhilaration results during the early stages of the relationship

11.  A general lessening of acting responsibly or fairly to others, decreased carrying out of obligations, duties, etc. and a decrease of attending to goal achievement with a distinct decrease in functioning with necessary awareness of others beside the person of limerent focus

12.  A tendency to interpret the supposed loved one’s negative actions as somehow positive or give them excuses, acceptance and even high approval, and an avoidance or denial of perceiving their destructive and dysfunctional actions

14.  Intensive pleasure when together, and intensive anxiety when separated or when the supposed loved one is around possible competitors, later fading to indifference and even annoyance

Having at least seven of these symptoms is sufficient to qualify for being seen as probably in limerence and not really in a true, healthy love state.  Ronald, as he evaluated himself, had 10 of the 15 symptoms listed here.  It was then that he really went to work on learning and understanding the characteristics of healthy, real love.  His wife Helen did the same  (see the Definition of Love series listed at left).

People sometimes ask why does limerence exist?  The thinking goes something like this.  Mother nature invented or evolved limerence so that two people will become strongly bonded together, for two to four years, which is just enough time to get a child started in life.  Then their feelings for each other will fade or turn off, so that they will end their relationship and go looking for others to temporarily mate with and, therefore, mix the gene pool.  This is one of mother nature’s ways of ensuring genetic variety and improvement of the species, along with contributing ultimately to the survival of our species.

It is thought that most limerent people start to ‘fall out of love’ when after two to four years they either don’t have a child or a child has been born and is on the way to growing up.  Of course, this automatic shutdown of strong, positive feelings for the supposed loved spouse or mate often brings about great emotional, relational, familial and social disruption.  This is especially true in a society that has made little or no allowances for this kind of relationship phenomenon.

“How does limerence work” is another question often asked.  The thinking about that goes more or less like this.  Certain brain chemicals are stimulated when a suitable, potential baby-making partner shows up in one’s environment.  These brain chemicals compel a primitive drive mechanism which makes a person driven to temporarily but intensely ‘mate’ sexually, emotionally and relationally with another.  It is not just sexual, in fact sex can play a very secondary role in the limerent process.

Once started the cultural messages about ‘falling in love’ support the process.  Then two to four years later, on average, the brain chemicals automatically start shutting off and fading out which causes feelings toward the supposed loved one to also fade.  This false-love state then disappears and eventually the couple parts, or the limerent lover goes secretly looking for a new romantic interest.  Sometimes the other partner looks elsewhere first because they feel increasingly unloved.

What can be done about people being in limerence instead of doing lasting, real, spousal love?  There is a group of people who say nothing can be done about this.  Another group says nothing should be done about it, and they tend to like repeatedly having limerence experiences because, at the start, they feel so good.  Hopefully they have learned not to marry and not to have children with someone they have a limerent attachment to.  They seem just enjoy the euphoria, the passion and the sexuality, and usually they end it quickly when the time comes for it to be over.

Others say education is what must be done so people can make better, well-informed choices about love and love relationships.  Others counter this by saying all this is far too much under the control of mother nature for anyone to be able to do much about it, except help people when their relationship has come apart.  There are those who say good, healthy breakups and divorce counseling, post divorce counseling, and co-parent guidance counseling to handle the aftermath is the best that can be hoped for.  There are those who have advocated time-limited marriage laws.  A larger group suggests that people should live together for two to four years before contemplating marriage, and that this should be considered by a lot more people.

There is a lot more you can learn about limerence.  This false form of love was discovered during a very good research effort conducted by Dr. Dorothy Tennov.  She coined the term limerence and wrote ‘the book’ on the subject which is called Love and Limerence, published by Stein and Day.  I heartily recommend this book to those who want to know more.  There are, of course, websites dealing with this topic and some therapists who are experienced in working successfully with limerent effected clients.

Ronald and Helen went into very helpful individual and couple’s counseling which made for a healthy divorce and post-divorce recovery.  They also learned how to avoid repeating their limerence mistake and how to go toward growing healthy, real, spousal love.  Now six years later both are in healthy, real love marriages and have children, and they are doing very well.

♥ Love Success Question
Can you tell the difference between healthy, real, spousal love and Limerence?  To check this out you might use the material in the Definition of Love series entries and compare them to the above 15 Limerent symptoms listed in this entry.  Forewarned can be forearmed!