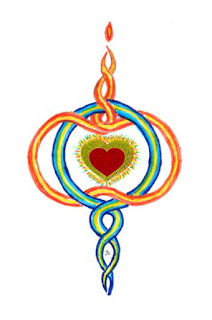 The Great World of Sexual Variety for The Loving

For some people sex without intercourse is seen as a necessity.  For others it is seen as being preferable at least some of the time.  For a lot of people who really love each other sexual intercourse is kind of incidental so long as there is good, love-filled, emotional intercourse.  There is another group who somewhat crudely say “who cares how you get to come, just so you do”.  Then again, some proclaim there is so much more to sexuality than intercourse or climaxing they can do without both so long as they get to do all the rest with someone they really love and who loves them.

Quite a lot of males protest things like “I just have to be in her.  In fact I’m driven to get in her again and again, that’s just the way I’m built.  I’ve got to feel that ‘inside her’ feeling and nothing else will do”.  No small number of females declare things like “having a man inside me is what makes me feel feminine and like a real woman.  I have to have that more than anything, even more than an orgasm”.
Others deeply and strongly want to have the “in” experience coupled with feeling their lover climax while “in”.  This is all likely to be quite natural and maybe genetic.  However, some people let this drive toward intercourse and/or climax in intercourse narrow their sexuality.  They’re sort of like the people who have to have meat at every meal or the don’t feel like they’ve eaten well.

There are those who are religiously trained that it is wrong to do anything but intercourse and so their sexuality has been unnaturally narrowed by outside forces.  From a health perspective behavioral variety is a good thing in almost everything humans do, sexuality included.  When humans have too much sameness in just about anything they tend1 to give up on it because humans are the creature that seeks variety more than any other.  Therefore, exploring for the wide variety of ways sexuality can be practiced outside of intercourse can be a healthy, enriching experience.

Why Have Sex Without Intercourse?

Do you wonder why some people have and even strongly desire to have sex without intercourse?  One reason is to develop all one’s other loving sex skills.  Lots of couples who resist or abstain from having intercourse discover that they develop many other ways to excite and pleasure each other.  Some say intercourse-dependency deprives people of all the better things there are to do sexually with each another.  They say too much focus on intercourse makes for a rather limited sex life.  By not doing intercourse for a while other things often are explored, discovered and developed.  Thus, a much broader range of experience can be shared which often is a major joy in a loving couple’s life together.

Very large numbers of people do not engage in sexual intercourse because of medical reasons.  Sadly, some of those have just given up on sex when they don’t have to.  Sometimes they have given up because they are indeed intercourse dependent in the way they go about taking care of their natural, sexuality, and they are unaware or inexperienced in the many ways sexuality can be expressed.  They can learn that, in spite of injuries, illnesses and various other hampering or debilitating medical conditions that limit or prohibit sexual intercourse, they can have a great life of love-filled sexuality.  Even paraplegic and quadriplegic people can have a sex life, and treatment programs exist for accomplishing exactly that.

How Do People Have Great Sex Without Intercourse?

Those people who have to spend time away from each other can do ‘Skype sex’ where they can watch each other do sexually stimulating things (according to company policies this is not supposed to be done, but often is).  Some couples watch the same sex video at the same time, though they are thousands of miles apart, while they talk to each other on the phone.  Of course, millions do ‘phone sex’ with their beloved on a regular basis while apart.

Not all these ways are pleasing to all people but choosing the ones that are can help loving couples share fantastic sex lives together without sexual intercourse.  For couples for whom intercourse is painful, somehow physically dangerous, ill-advised or impossible many of these ways are used and make available sexual alternatives which can show each other intimate, personal love and can make available loving, sexual adventures together.

What Does It Take for Couples to Have a Sex Life
Not Overly Based on Intercourse?

An important consideration backing up all these actions and adventures often has to be a sense of being able to (if needed) to take small steps, pause, back up or totally escape any sexual exploration with full, loving support from one’s lover.  Frequently a sense of strong support and protection of one another in each and every sexual experiment or adventure must be readily available for people to be able to move forward together.

When lovers fear their beloved may be critical, disappointed, disparaging , judgmental, angry, prudish or any other relationally negative process, it becomes quite difficult if not impossible for couples to sexually progress.  Also there has to be a sort of “we can try that again later” understanding.  No one wins by playing the destructive, psychological game known as ‘strike one, we are out and our game is over’.

How Do We Start Moving Beyond Intercourse Dependency

It’s important to talk together about whatever grabs your attention, gets you interested or piques your curiosity.  You might want to take a book or two home, then share going deeper into the books with one another.  After that I suggest giving each other a full, very light touch, naked, all parts of the body massage with intercourse absolutely prohibited.

Following that you can begin to take little, mental, sexual adventurers like sharing some sex fantasy and maybe do a little role-playing.  There are more advanced ways to progress to sexual intercourse-absent sexuality, and then even much more advanced ways.  If you’re up for it you might attend a Tantric, Shakti or Taoist spiritual sex practices weekend workshop which many couples proclaim as the most amazing and productive way to maximize a couple’s sexual love together.

One couple followed this scenario.  Shy Sarah whispered, “I will go skinny dipping if you will, but it has to be dark and no intercourse.”  Timid Tim agreed, and it turned out to be incredibly exciting.  Then timid Tim said, “Let’s make out in the back seat of our old station wagon, and so they laughed and giggled while they kissed and fondled for hours.  Sarah, no longer quite so shy, had read about couples doing nude meditation together which they did and quite a few wide-ranging, new and intriguing feelings enveloped both of them.

Later Tim, less and less timid, brought home a sexy movie and side-by-side they played with each others genitals as they watched it, driving them into passions they never knew existed before. Even later their ecstasy soared when Sarah said to Tim, “Tease, tempt and lightly ‘torture’ me for the rest of the night.”  Tim quite enthusiastically obliged, although because of blissful exhaustion they didn’t make it all through the night.

Couples who have sexual intercourse problems can do all the above, while working on whatever difficulties they might have concerning sexual intercourse itself.  If you have problems with intercourse, or getting started in the above described areas, come to talk to one of us who have received the additional training it takes to develop expertise in sex therapy.  We’ll be glad to help you.

♥ Love Success Question If you’re going to get into a sexy, new practices or actions with your beloved what would you really like them to be?  Do they include a healthy dose of love?