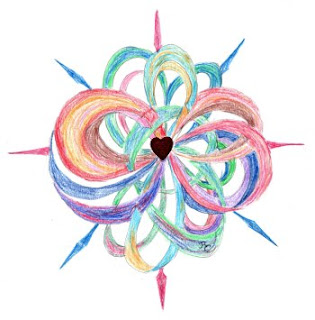 Synopsis: Here we work to understand and make practical sense of metaphysical/spiritual love and how it may work along with how it can productively be used.  What science is discovering, modern and ancient religious suppositions, philosophical offerings and what people all over the world are doing with metaphysical/spiritual love actions are included in clear, straight forward language.

Is love itself metaphysical?  Is love the greatest of all things, as spiritual masters have proclaimed down through the ages?  Does spiritual love rely on the existence of a mind-spirit connection?  Scientific evidence supports that love heals, love connects, love protects, love nurtures, love reinforces and rewards us.  And how does it do all those things – energy forces, bio-electrically, psychically, deity intercession, … ?  It has been suspected that the collective unconscious, group intelligence, spontaneous mood emergence, superorganism cooperation and metaphysical mass influences might have something to do with metaphysical love.  The mysteries abound.

Do We All Love - Metaphysically?

When there is nothing more we are able to do in a difficult situation, we might attempt a metaphysical love behavior.  Behaving with and from metaphysical love often can be considerably beneficial to us and to those we love.  Metaphysical love can lead to a sense of spiritual serenity and heart-filled awe.  It also might guide us to appreciate the many apparent cosmic miracles that surround and fill our existence.  Psycho-physiologically, metaphysical love participation in rituals and ceremonies can bring stress reduction, metabolic balance and feelings of energized empowerment.

Research into the healing effectiveness of metaphysical love behaviors, shows intriguing results.  When metaphysical-related actions were taken on patients’ behalf, they tended to get better more often and faster even if they were not consciously aware of the action or even if they did not believe in it.  The experimental, matched, control groups did not get metaphysical treatment and did not show similar improvement.  Some of the experiments included praying for the patient, lighting candles, doing ceremonial actions and repeating ritual words.  It was found that the mindset and emotion demeanor (serene, loving, focused) of the person carrying out a metaphysical treatment influenced the results to some degree.  It also was found that benefit accrued to the doer as well as the receiver of metaphysical actions.

Interestingly, other patients also showed significant improvements even though they were not aware of volunteers, at a considerable distance, spiritually and metaphysically acting on their behalf,.  Unrevealed, distance healing is hard to explain in other than metaphysical ways.

Some may not want to call what we are talking about metaphysical, but rather call it by some other term like spiritual or transcendental. That’s fine! The point we want to make is that whatever it is termed, this is a class or type of love behavior which is very common worldwide. Furthermore, archaeological and anthropological evidence shows this kind of behavior presumably has been going on since very early in the development of our human species.

Right now, this very moment, out of love, millions of people are doing metaphysical, or if you prefer, spiritual practices designed to have a positive influence on the well-being of those they love. Such actions are demonstrations of real, compassionate and caring love and they deserve respect and honoring for being so.  Respect also is due for those who rigorously and methodically are searching into the many complexities and conundrums of metaphysics within the realm of love.

What Is Metaphysical Love?

Metaphysical love may seems magical, mystical, mysterious, perhaps mythical and often quite hard to fathom. This kind of love is what many people turn to in times of love troubles. Metaphysical love also is known as the love that is spiritual, transcendental, supernatural, ethereal, celestial and preternatural.

We operationally define metaphysical love as a love which people attempt to access, express and communicate through the behaviors associated with the metaphysical. To love metaphysically, means to have and feel a love that seems beyond this world’s reality. It also means to transcendentally or spiritually feel a connection with who and what we love.  For example, when long-distance lovers plan to gaze at the moon on the same night at the same hour; just by knowing they are sharing the same experience, they can feel metaphysically connected.  To metaphysically love means to try to transmit our love in a way that connects with another and beneficially effects them. Metaphysical love sometimes is explained as a special form of energy that exists in and travels through the ether of the universe.

Doing metaphysical/spiritual love is enormously popular, common and esteemed all over the world. It does have its skeptics, disbelievers and naysayers, and conversely its ardent practitioners, promoters and believers   Metaphysical and spiritual love are the focus of a great deal of research, much of which supports that it is a useful and rewarding way to do love.

Framed in this world’s reality, metaphysical love sometimes is thought of as a bioelectrical or neuro-electrical phenomenon.  It is suspected to exist in and be transmitted from the brain’s limbic system components which are associated with love. Sometimes that love transmission is conveyed through touch and sometimes may be broadcast across space much like a radio wave transmission. Some research data has been analyzed as supporting this understanding.  A great deal more investigating is required to enlighten our understanding of these suppositions.

An ecumenical, somewhat theologically grounded and spiritually focused explanation exists and roughly goes like this. There is a deity force in the universe.  This metaphysical energy is pure love. This love energy can be accessed through spiritual and religious practices and, thereby, brought to bear on the living creatures and conditions of this world. Thus, metaphysical love is the spiritual love of the deity force which can be tapped into and channeled through us to our loved ones. Probably, clerics of every religion would want to alter this explanation, one way or another. In no way is it to be considered doctrinaire.

Philosophically, metaphysical love might be said to be the love that comes through “Meta-Ta-Physika”, Greek for the reality beyond the reach of objective study but able to be, at least partially, comprehended with the help of ontology, cosmology and epistemology. Did we say metaphysical love is complicated and hard to fathom?

Hopefully, these concepts have given our readers some sense of what metaphysical love is and may be, as well as how it might be done.

A couple other mini-love-lessons to explore at this site: “Transcendental Love: Mysteries and Wonders for Your Future” and “To Win at Love, Study Love”.

One other thing - We think this mini-love-lesson is a practical, good one to discuss with others who like to talk ideas and use them and grow with.  See if you agree.

♥ Love Success Question: If, right now or before day’s end, you were going to do a set of metaphysical/spiritual actions on behalf of someone you love, what actual behaviors might you do?