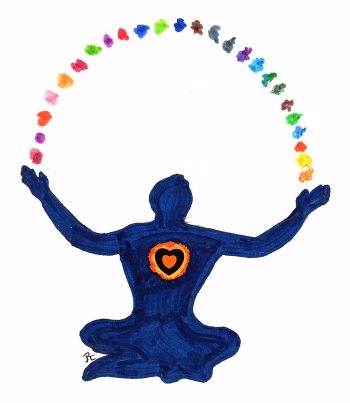 
Note: This is the 13th in our series What Is Love, a New Testament Reply based on Paul’s description of love and informed by the relational and behavioral sciences.


Synopsis: An examination of believing in believing; looking at how different believing was in different times and places; questions about Paul’s way of thinking; introducing Heart, Gut and Head approaches to believing; and searching into “good” and “bad” for you believing are all pondered here.

Let’s think a bit seriously about believing and belief.  Lots of people do not think about this, you know.  Oh, they may think about what they believe but not so much about believing itself.  Psychologically believing has many uses, benefits, drawbacks, confusing factors, dynamics, psycho neurological effects on our bodies’ health and a whole lot more.  We will not be dealing with any of those here but you could if you wish.  We, however, will be dealing with some other beguiling belief factors concerning love and life (see “Thinking Love to Improve Love”).

Did you know, that in current popular usage, belief has become a mild and what some call a cheapened word.  Its impact does not nearly carry the weight it once did.  Nowadays, belief and believing are words rather glibly tossed around with little thought or concern, and even less emotional impact, but it was not always so.

In a number of historical times and places, what you said you believed could be of immense significance.  It even could determine whether you lived or died.  Announcing your beliefs carried considerable gravitas and could have profound influence on how people related to you.  Beliefs were weighty and serious matters which people did not speak of easily or lightly like they often do today.  Instead, thoughtful people tended to speak of their notions, speculations, conjectures, contemplations, sentiments, etc.  When they did speak of what they believed, it tended to have a connotation of passionately held, life affecting conviction.  In short, at those times and places in history people deeply believed in deeply believing.

The above has been said to set the stage for comprehending what Paul may have meant when he, in Greek, put forth “ panta pisteuei” as one of love’s major characteristics.  This most commonly is translated as “love believes all things”.

Can You Believe All Things?

Many modern, thinking people read that love believes all things and wonder what in the world could that actually mean.  Is it a prescription for being gullible, naïve, innocent, easily manipulated, unrealistic or what?  Could it be a sort of fill-in-the-blank test question?  Was it understood or meant to imply all things good, spiritual, holy, etc.?  Is it a projective technique meant to elicit your own personal understanding?  As it reads, it just is not cognitively clear.

Intellectually, to actually mentally believe in all things means to believe in things that are obviously not true, contradictory, toxic, dangerous, destructive and disastrous, not to mention perverse and evil.  Well, that is true if what you mean by belief is our modern world’s cognitive functional concept of belief.  For a great host of people a belief can be anything accepted or judged as more likely to be so than not or, for many others it can be anything desired to be so or not.  For some, believing in something requires data, proof, reason, evidence, or at least authoritative consensus.  But all that refers to conscious, intellectual belief.  It is my suspicion this is not the kind of belief Paul was talking about.  So, let us look at some additional ways to see belief and believing.

It is thought that originally believing meant to hold something dear, something like a thing to be passionate about, cherished and precious.  It was dear to your heart.  That leads me to introduce you to three forms of believing here called the heart, gut and head approaches to believing.

Belief of the Heart If we hold something or someone to be dear in our heart, we can be said to believe in it or to believe in that someone.  To believe in them, or it, implies a conviction that, they are, or it is, perceived to be of positive value and possesses essential quality and significance.  It is heart judged and believed to be intrinsically worthwhile.  Whoever or whatever you believe in, heart wise, means you are genuinely for them or it, respect their or its existence and are more likely to support and strongly act in favor of them or it.  You might even fight for, defend, promote and honor or them or it because, in your heart, you profoundly believe in them or it.  That is the meaning of heart belief!

Belief of the Gut  If we believe something at the gut level, we do so because it is our hunch, instinct, intuition, subconscious reaction, unconscious proclivity, etc..  All of which probably is influenced by our upbringing, emotional history, cultural conditioning, habits and tendencies, current mood and bio-neuro-chemical state at the time (see “Limbic Love & Why You Will Do Well to Know about It”).
Depending on how competent your non-conscious processes perform, this gut belief approach can work for you extremely well, or extremely poorly or somewhere in between.

Belief of the Mind  Mind belief nowadays may be seen as requiring logical reasons, general consensus, expert opinion or perhaps empirical proof, support from a preponderance of objective evidence, replicated research, valid and reliable studies showing high statistical significance and having a lack of significant counter indicating data (see “The Three 3's of Love”). Mind Belief, in that case, is a thing of conscious cognition backed by tangible evidence.  Or at least something coming from a tolerably well-informed, cleverly thought out and well-prepared presentation.

In the past, belief from the mind largely seems to have been influenced by the wisdom masters of old, sundry schools of philosophy and theology, social movements and political ideologies, subtle slow evolution and sometimes sudden breakthroughs of discovery, existential crises or traumatic upheavals and revolutions.  All of those still have impact and influence today but more and more, these days, the guiding light for believing comes from science and technology.

How Did Paul Think?

We cannot know for sure.  From a psychological vantage point, it seems probable that when Paul spoke of “believing all things” he was most likely thinking from a framework of heart-type belief or a combination of heart and gut belief much more than from a head-type belief approach.  Evidence suggests he was intelligent and rather well educated.  However, the cultural ethos he lived and taught in was substantially different from the one we live in.  It is likely that the concept believe had a much more emotionally passionate connotation then than it commonly does today.  Also, Paul lacked the influences of the evidence-based exactitude and empiricism of our day because those had not been invented yet (see “Contemplating Love”).

From my point of view, much of the New Testament presents its truths in a more novel-like form than that of an accountant.  Its expression is more Impressionist like than Realist.  It teaches much in the metaphorical parables manner rather than in factual delineations.  Its great lessons are often global and seldom picayune.  It  reaches more deeply into the heart and gut of matters than into the conscious, rational mind.  I think that is also true of Paul’s way of conveying knowledge about love.

What about the “All Things” Part?

The languages of the New Testament are not understood to be technical languages.  It is said that Hebrew, Aramaic and Greek are all much more like passionate, loose and free Italian than precise, structured and technical German.  Using an Italian mindset, “believes all things” can be seen as an impassioned abstract pronouncement of metaphysical and inspiring grandness.  Using concrete factual German, “believes all things” might be seen as the thinking of a none-too-bright child or the illogical mutterings of a madman.

All things from a heart belief perspective (i.e. Italian like) can be seen as a way to refer to the great, the grand, the miraculous and the mystical.  Of course, that is only one of many possibilities.

Various translations of Paul’s tenants on love may shed light on the “all things” question.  Other translations and interpretations of this, Paul’s 13th precept on love, include “love trusts God always”, “love’s faith never fails”, “love never stops believing”, “love trusts in all things” (spiritual, holy?), “love never loses faith” and love (she, in the feminine) is full of trust”.  Of the 30+ translations reviewed, 18 indicated “love believes all things” to be the most used and agreed-upon interpretation.

Is Believing a Good Thing for You and Yours?

One way of looking at it suggests believing can be a lot like gambling.  Especially is that so for believing in things which cannot be proved.  In science, one learns you can not prove tomorrow.  You only can acquire evidence of its likelihood.  Nevertheless, every day we act like we believe with certainty (i.e. gamble) that tomorrow will come, and it probably will, but intellectually that is not at all certain.

Belief comes in many formations and amounts. Some people believe (i.e. gamble) on things that turn out to be false and they become severely hurt and/or harmed in the process.  Bad divorces are examples of that.  Lots of people are sustained, strengthened and assisted through difficulties by their belief systems.  Other people believe in as few things as possible seeing life as unpredictable and irregularly dangerous.  Still others are true believers about all sorts of things that seem strange, peculiar, unproven and unlikely to others.  Then there are those that do not believe in believing.  They prefer to be skeptical, dubious and questioning while relying on their suspecting, hoping and speculating processes.  They often see going all the way to believing to be a set up for disappointment, self-deception and for creating blind spots of vulnerability.

Beliefs can empower hope and ongoing endeavor.  It is true many people have been severely harmed when who, or what, they believed failed them.  So for you and yours, will it be better to not believe but instead suspect, hypothesize, doubt, re-check, cross check, double check and question most things?  Or is it and will it be best for you to have strong, passionate, deep beliefs about many things for which you can not find proof but for which you can have heart and gut belief in?  Or will it be a dynamic confluence of both, ever tumbling and twining in your head, heart and gut? (see “Quality Love, Quality Life?”).

One more little thing: how about telling somebody about your thoughts concerning this mini-love-lesson and, while you’re at it, please mention this site and thereby help spread love relating knowledge.

Quotable Question: About love, are you more of a true believer, a doubter, or a “hopey” and, most of all, are you a love activist?