Love Does Not Rejoice At Wrongfulness Or Wrongdoing 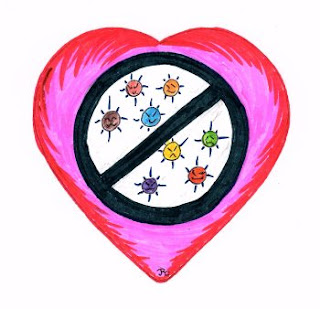 Synopsis: Exploring the opposing dynamics of love and the wrong together affect us and our love relationships; even clusters of  wrongness; the controversy over love as a cause of wrongdoing; the provocative relevance of Paul’s 10th point on love; ever-changing ideas of wrongdoing; the rejoice factor and using this knowledge for better love relating.

Love is against wrong!  That is the simplest way to put it.  Wrongness in all of its many forms and love (especially “agape” love) are in opposition to one another.  Therefore, they are not rightly seen as causative, supportive of, or cooperative with one another.  At least that is how this discernment of Paul’s10th tenant on love would lead us to understand.

Love As a Source of Wrong and Wrongdoing

There are those that disagree about love being the enemy of wrong and wrongdoing.  They see love as a great source of wrongs such as crimes of passion, acts of vengeance, pathological jealousy, a trigger of obsessive/compulsive dysfunction, destructive dependency, gender oppression, much toxic depression/anxiety and many cases of excessive relationship agony.

A counter argument to those who think this way is that they do not understand healthy, real love at all, and/or they have it confused with various forms of false love (see “Ever Think Seriously About Real and False Love?”).  There also is a scriptural based argument.  The quote “God is love” is cited and then it is reasoned real love (i.e. God’s nature) cannot be the progenitor of wrongness.  Who is right?  To help figure that out let’s take a quick broad look at this thing called “wrong” and it’s relationship to love.

As we are informed by Paul, Love is against doing wrong!  That too is a very simple way to say it.  More comprehensively, real love can be said to be against people doing wrong to anyone, including self or to anything, to supporting wrongdoing by anyone and to assisting and/or promoting wrong action by anyone and everyone- always.  The problem is there is great disagreement about what actually is doing wrong.  Added to that is all the disagreement about what is more wrong and less wrong, and when is something wrong and when is it not, plus the question are some things wrong for some and not others.  There also is debate over what are the different kinds of wrongness and wrongdoing encompassed by Paul’s teaching and are there types of wrongness not included in Paul’s statements on wrongness (see “Lies and Love”).

Interpretations and translations have, do and will continue to come in sundry variations.  This is due to the ever-changing and living nature of language.  This may be especially true for our highly dynamic and now worldwide use of English.

Instead of the English words wrong and wrongfulness, some interpret Paul’s Greek “ou chai epi te adikia” to variously mean, not wrong but unrighteousness, wickedness, inequity, injustice, evil, sin, etc.  One translation even puts it as” love does not revel when others grovel”.  However, many contemporary scholars seem to agree that for attaining a fairly accurate understanding of what Paul meant in current English, the terms wrong and wrongfulness will do rather well, hence their use here.

What Is Wrongfulness Actually?

Have you ever contemplated what is involved and encompassed by the word wrong?  Simply put, it means not right, incorrect and/or mistaken.  It also means evil, sinful, unjust unethical, etc.  Paul’s teaching holds that wrong and wrongfulness are not of or from real love, but then from what?  The old answer was from Satan.  A more psychological-based answer is that wrongness perhaps comes from lovelessness and/or that which is anti – love, (i.e. indifference, hate, etc.).

So as not miss anything important, let us look at wrongfulness broadly.  If getting happy or pleased about any type or kind of wrongness is not a component or result of healthy, real love, it seems wise to develop some understanding of the types and kinds of wrongness we might have to deal with in life.  Wrongness is actually a rather complicated topic.  For a greater comprehension, I suggest you take a few minutes to scan the following seven groups of words.  Each is related to different kinds of wrongfulness for us to be concerned about.


It would seem that with a truly and fully loving orientation, real love would have us be not rejoicing but unhappy about each of the above and, when possible, have us acting to reverse them.  It also would seem likely Paul was pretty much indicating that.  Basically and more succinctly, yet still broadly, wrongdoing can be seen as encompassing most things unduly hurtful, most things harmful, and most things mistaken.

The Ever-Changing Understanding of Wrongfulness

It is to be noted that what is called wrong varies greatly all over the world and throughout history.  Not only that but many things are simultaneously considered both very right and very wrong depending on your cultural and/or societal frames of reference and functioning.  For instance in certain places it is wrong not to murder your daughter if she comes to love a person not within your cultural/religious frame of functioning.  Similar to so-called honor killings, revenge murders also sometimes are semi-justified in a large number of even modern Western world social spheres.

The degree of wrongness something gets judged to have is very different in various places.  Publicly chewing and spitting out gum on the ground in Singapore can bring chastisement, a fine and even jail.  Acting homosexually loving or sexual in more than 70 countries is illegal and in some places can even result in execution.  However, in 26 nations homosexual marriage is legal.  In most of the remaining countries, to one degree or another, it is increasingly accepted (see “What About “Bi” Love?”).

Sometimes what is called quite wrong evolves into being called right or even becoming of no significance at all.  Most of the modern world is now largely unconcerned about double religion marriage though that is still punishable by death in a shrinking number of lands.  Bi-racial love and royalty/commoner love relationships, in most places, are no longer illegal, shameful or scandalous like they once were.

Right and Wrong in Love Relating

Slowly in much of the world, that you love is becoming far more important than who you love and the categories that they are placed in.  That you have love is becoming more significant than whether or not you have societal approval for the labeled form in which you do your love.  Good, healthy love relating is being increasingly recognized as the substantive core that matters while gender classification becomes somewhat more peripheral. Link “Gender Diversity Love”  Hence, it is that love and being really and healthfully loving along with being really and healthfully loved that is becoming more right than is official marriage, progenitor genetics, social propriety, legal authorization or formal religious sanctification.  It is not that these things still do not still matter to many but that they matter less than does healthy, real love and love relating (see “Throuple Love, A Growing Worldwide Way of the Future?”).  It seems it is being more and more recognized by some that there is a deep, natural inadequacy or wrongness to loveless living.  It is a sort of wrong, in a healthfulness sense, and in an actualization or fulfilling our potential’s sense.  Consider these two ideas “the more we do healthy, real love the more right we do healthy, real life, and conversely “the more we do not do love the more, in a sense wrong we do life”.

A Core Concept for Rightness in Love-Relating

Remember this core concept for love success “Love feelings come naturally.  Love-relating takes learning”.  From this concept, we conclude things can be wrong in the sense of making a mistake for us to remain love-relating ignorant or without available love and love-relating knowledge.  Therefore, what you are doing right now is doing right by reading, thinking and learning about love.  Congratulations, and hurrah for you.  Do allow yourself some delight about that (see “Love Is Natural --Love Relating You Learn”).

Paul must have recognized the importance of learning about love.  Why else would he have worked at telling us about what love is and is not.  He wanted us to do love well and wrote the often quoted 16 points to help us with that.  So, now learn some more.

It is thought that at least half of all attempts at love-relating fail.  Another fourth never get close to their potential for success.  This may be true for love relationships of all kinds not just for couples love.  Parent/child, family, deep friendships, comrade love, self-love, pet love, etc. – they all count.  By the way, some are beginning to think, percentage-wise, comradeship love may be the most succeeded at form of love, others think it is pet love, while many more suspect romantic love to be the least successful.  What is your guess?

Why?  Possibly because a lot of couples seem to do a lot of love-relating wrong or not nearly as well as they could if they learned and practiced more about the how-to’s of healthy, real love-relating (see “Destroyers of Love: The 7 Big “Ds” Most Likely to Ruin Your Love Relationships”).  That of course (similar to Paul’s points perhaps) is what this site is all about.  So, we would like it if you would tell some people about this site and talk over your ideas concerning what you have just read.

♥ Love Success Question: It is said “we learn better what we teach” so, what part of what you have just read might you most like teach somebody and how will you do that?