Love Is Not Jealous 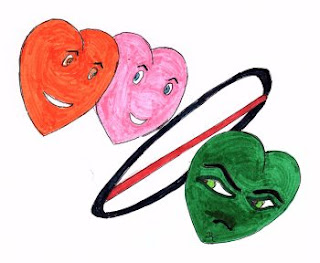 Jealousy is one of the most hurtful and harmful of all things effecting love relationships.  Jealousy plays a big part in a great many incidents of anti-loving mistreatment, serious fights, breakups, divorces, love-destructive acts of cruelty, deception, manipulation, revenge attempts, and breakdowns resulting in psychiatric hospitalizations.  Then there is all the time spent in relational dysfunction, agony, stress and other miseries.  Even worse, jealousy frequently is heavily involved in cases of stress illness, physical abuse, crippling violence, severe psychological abuse and even lover and spouse murders and/or suicides (see “Healthy Real Love –or- Toxic False Love”).

On the other hand, jealousy has its proponents. There are those who tout a little bit of jealousy as a good thing for relationships, a proof of love being real, a necessary, natural component of love which warns us to protect our love relationships, and sometimes a superb lead-in to passionate sex.  Those advocates may see only overly intense and insane jealousy as destructive.  Also, they may tend to disagree with the biblical teaching that love is not jealous.

In opposition to the okayness of jealousy (even a little bit) are a host of mental health, relational and social science professionals and researchers, recently joined by some brain science researchers, who see or suspect all jealousy as being dangerous and destructive.  Then there are the religionists who read Paul’s New Testament tenant “Love is not jealous” and believe it because it is part of sacred Scripture.

Relational Jealousy has been defined variously as feeling and/or acting upset, unhappy, covetous, possessive, grasping, wishing to control, restrict, monopolize, owning the exclusive affection of another and being strongly aversive to other’s rivalry for that affection while also blocking any possible relationship interfering influence or connection with others.

Psychologically What Is Jealousy?

Jealousy is psychologically increasingly understood to be insecurity-based.  It can be seen as a special sort of replacement fear.  That means a fear of being replaced by someone else for attaining and maintaining the attention, status of importance and needed love of a desired other.  It often is thought to involve an underlying fear of abandonment, rejection and isolation from a primary source of love.

Even more deeply underlying jealousy often is thought to be a secret fear that one is not attractive enough, worthy enough or, most importantly, lovable enough to obtain or hold the continuing love of a major desired love source.  This is seen as representing a serious and more basic lack of essential and needed self-love.

It appears that people who lack sufficient self-love, probably because they were under-loved or mal-appropriately-loved in childhood, cannot easily trust they will continue to be loved sufficiently as they mature.  Thus, jealousy arises as their protective mechanism.  Most unfortunately, this can produce a self-fulfilling prophecy of losing at love.  The healthfully self-loving know that they are lovable and are much more confident love will keep coming their way.  This also frequently produces a happy, healthy, self-fulfilling prophecy.

Jealousy and envy often mistakenly are confused with each other.  In envy you want something somebody else has or something like it, in which case it is okay for them to keep theirs.  In jealousy you don’t want somebody else to have something, or someone, you want or might want exclusively.

Fortunately with the right self-work, better lovability and love relating can be learned, developed and succeeded at.

For more about scientific research into the psychology of jealousy, I suggest you webcheck PsychCentral or for more comprehensive reports, Frontiers in Psychology.

The WHY of Jealousy, And Is It De-evolving?

Jealousy is thought to have evolved as a way brood-mates and their sires could protect and combat against rivals and replacement, thus, better ensuring the survival of their offspring and genetic line.

Jealousy just possibly could be de-evolving in humans because its reason for being may be disappearing.  At least, that is the thinking of some who study this.  Jealousy seems to be falling more and more into disfavor as increasingly it is identified with emotional illness and relational dysfunction.  There also are some beginning signs jealousy eventually could be replaced by its opposite emotion compersion (see “Compersion: A Newly Identified Emotion of Love?”).

Once upon a time in Christendom, it was widely taught that love was not jealous because the Bible said so.  But then romantic, or lover-love came along in the early Middle Ages and love was seen as jealous, actually very jealous.  In fact, the royalty ran Courts of Love (yes, they existed) and they ruled that, in fact, love was quite jealous and the stronger the love the greater the jealousy.
The conflict between these two teachings was resolved by what some identified as a weasel’s compromise.  It was decided that spiritual love (agape) was not jealous but since secular love was profane and contaminated by sex it was indeed jealous.

That, at least, is how it was summarized to me by a learned theolog.  To this day, in many arenas of Christendom this twofold explanation remains the answer given to those questioning the contradictory, compromise teaching that love (sacred) is not jealous but romantic (secular) love is jealous.  Writing in ancient biblical Greek, St. Paul is thought to have written love is not “ou zeloi”.  That is now understood as powerfully meaning love is “not jealous” and perhaps implying that in a continuous or ongoing way.  Of course, other scholars have interpreted it somewhat differently.

Love Is Not Jealous – Insecurity Is!

Recently relational, psychological and brain research concerning love has come up with results that back the idea that all real and healthy love does not involve or contain a jealousy component.  For one thing, love is found to be mostly processed deep in the brain’s more ancient limbic system and jealousy in the less deep (newer) frontal lobes ventrial striatum, cingulate cortex and lateral septum.  Also, the neurochemistry of both seems to be rather different.

Mounting relational and psychological research points to jealousy coming from insecurity dynamics as described above and not from any real love process (see “Does Jealousy Prove Love?”).

Using theological terms, perhaps all real love is more of an agape type love than has been previously identified.  Certainly family love, parent-child love, deep friendship love and altruistic love seem to qualify as at least largely similar to what is understood to be spiritual or agape love, so why not the love of lovers and spouses?

Love and Jealousy in Cultures and Societies

In some cultures, subcultures, societies and special societal spheres, jealousy has virtually not been found to exist or to be only minuscule.  Cross-cultural studies also show great differences exist in the prevalence and intensity of jealousy in different societies around the world.  Some data suggests more male dominant societies have more jealousy than female dominant or more egalitarian cultures, which may have the least jealousy.  Research also finds jealousy to be seen as an increasingly negative and anti-love factor in love relationships.  It also seems an increasing number of modern world people are working to reduce or eliminate jealousy from harming their love relationships and inner mental health functioning.

How Love and Jealousy Clash and Conflict

A fair amount of relational research is pointing to the ways that jealousy and love are antithetical and, in essence, enemies of one another.  Here is what are thought to be some of those ways.

6. Love is much more about forgiveness, second chances and let’s try again dynamics; jealousy is more about punishment, revenge and getting even.

7. Real love inherently is focused largely on the happiness and well-being of the loved; jealousy works primarily for self-protection and for self-gain.

8. Love helps us be open to fresh input from our loved ones and experimenting with their new and different ways, ideas, wants, etc.  Jealousy helps us be closed to those things, threatened by them and staying with seemingly safe sameness resulting in relational entropy and stagnation.

There are a good many more ways jealousy and love conflict as well as more things to learn about them.  It is useful to learn about all of them but that’s enough for now. Link “Passionate Love – Wondrous and Perplexing”.

I suggest, in this Mini-Love-Lesson, there is lots to think about and talk about, and it will be enriching to do so with others.  If you do that, please mention this site and its totally free subscription service providing regular, important and helpful love information.

As always – Go and Grow with Love
J. Richard Cookerly

Love Success Question:  If you get jealous, will you use it to strengthen and improve yourself and your relationship, or to harm and drive away someone you love, or what?