Einstellung Effects, the Little-Known Cause of Repeated Love Failures 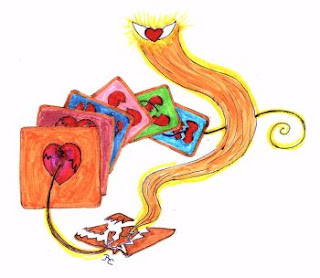 Synopsis: Why do some people repeatedly fail at love or at some aspect of love relating?  Here you find out about a rarely known psychological mechanism that accounts for some of those failures; you learn some clever things you can do to see if this applies to you; and then, if it does, what to do about it.

First there was Jeffrey who had pretty much the same failed marriage three times with three different women.  All three seemed so different from each other at first.  Then there was Sonya who kept getting psychologically and physically abused by a succession of lovers, each worse than the last.  She was so sure each one would be different than the last but they never were.  After them came Jake and Emma who married and divorced each other three times.  This brings us to Stella and Marco who swore they kept having the same fight over and over but could not find a way to stop and it was getting worse each time.  Lastly there was Katerina who had so many repeated love relationship failures she just gave up on love entirely.  Now she lives depressed and lonely.

At first it might seem that the examples just given are quite dissimilar to each other.  A deeper look shows they are not.  In fact, underlying each of them is a very similar psychological mechanism.  But wait, first let’s look at Victoria and Eva, Martin and Fiona, along with Zandra and Burke who all used to suffer from the same kinds of situations.  However, they all learned something that empowered them to escape their cycles of repeated failures at love relating and go on to fine and thriving love.

With some well-informed counseling, they came to understand they were effected by a little-known, seldom recognized, mental malfunction which prevents some people from choosing new and better solutions.  With that understanding and some help, they were able to work out and try out new solutions and approaches to their love life situations quite successfully.

A person (or a lab animal) gets used to dealing with a task, situation or problem in a certain way.  We will call that WAY 1.  Then a better way becomes available and/or apparently evident.  We will call that WAY 2.  Occasionally, the person or animal sees and explores WAY 2, even tries out WAY 2 or, at least, gives it a good look over.  Then even if WAY 2 works better than WAY 1 they go back to WAY 1 and keep doing that.  Frequently, the person then rationalizes why they keep choosing WAY 1.  Many do not even perceive the existence of WAY 2. or believe it to be better even when its superior attributes have been clearly pointed out.  While we do not know exactly what the lab animal is thinking, he behaves exactly the same as the person.  It keeps choosing WAY 1. and ignoring WAY 2. even when Way 1. does not work anymore.

Interestingly, there are people and lab animals who do not follow this pattern.  They quickly and often eagerly adopt the new and better ways, and that’s that.  For some people but not others, this is true in their love relationships.  Some people keep rather automatically repeating their love relating failure patterns while ignoring other solutions, and some do not.

Why Do Some Repeat Love Failure and Others Not?

Different branches of psychology and their related fields can posit different answers to this question.  Each of those answers may have some validity and add useful insights.  Addictionologists may say this is a classic relapse pattern and it is just what addictions make happen.  Psychophysiologists suggests that a part of the brain is malfunctioning in some people but not others.  Phenomenologists and perceptual psychologists analyze the first, and/or the early, success a person has which can put that pattern of success to the forefront, and put later possibilities to the background in our perceptual system, thus, hiding new ways from us.

Just like with eyesight, other people can have broader, perceptual ability.  Behavioral psychologists can deduce that some people have been positively reinforced for sticking with early success and others for later success.  Counselors and clinicians may diagnose trauma caused fear and anxiety states to be greater in those reluctant to try the new and different, even to the extent of subconsciously being blinded to the possibilities of trying something different.  Developmentalists could propose that during a early critical period, a love relationship pattern imprinted in some people and not others.  Attachment theories suggest that as young children the WAY 1 people had insecure bonding and the WAY 2 people more secure bonding so, they are more confident and less fearful concerning trying new things.

Now, notice that all the above branches of psychology and their presented possible explanations might be examples of the Einstellung effect itself.  Each school of thought is seeing things in their habituated mindset of what they are used to seeing and are being rather oblivious to the others.  Yet, they all may have value and are worth considering.  So, if one of those concepts above seems to draw your attention more than the others, study it.  Your subconscious may be trying to pull your conscious toward the one to look into the most.  But then again, your subconscious may be blinding you to the others via the Einstellung Effect so study them too.

What to Do about It

With the above you have some background knowledge to work with, so now let’s add some honest, personal, diagnostic self-examination accomplished by answering the following questions and case samples to think with:

1. In love life situations do you keep attempting solutions that never work, or do you keep looking for and trying new and very different approaches that might work?
(Case sample: After years of arguing his very logical points but always losing, Joe learned to do empathetic listening instead of arguing and his love-relating situations finally got happy and successful.)

2. Do you tend to favor and feel safer with established proven solutions, viewpoints and standard ways, while being reluctant and suspicious of untried, experimental and new knowledge-based approaches?
(Case sample: Teresa married and divorced three quite successful, big-city businessmen.  She then met, went off to work for and happily co-habited with an adventuresome, wilderness tour guide who she is still with 10 years later.)

3. In lover’s quarrels or spousal arguments’ do you both find yourselves saying and hearing the same things over and over with the same outcomes and with an increasing sense of futility, and/or with rage and/or desire to escape?  Or do you both make some progress trying new approaches and, by steps, make small improvements, quarrel less and shorter, and see your relationship with a growing, shared joy and encouragement?
(Case sample: Jake and Myrna, on the verge of a breakup, with the help of a couple’s counselor discovered their fighting patterns were the same as a combination of their parent’s fighting patterns, even lasting almost the same amount of time and with the same outcomes their parents had.  At first, they denied all this, then they agreed to attempt some small, new, different behaviors when their fights began.  That helped a bit so they tried some more steps and slowly things kept getting better and new, more loving patterns replace the old.)

4. Do you rather automatically find it hard to consider, be open to and/or appreciate a loved one’s alternative ideas, solutions or approaches to your own?
(Case sample: It was not until Dietrich and Hannah learned and practiced the reflective listening skill of saying back to each other, rather exactly, what the other one had just said that they realized they had never really heard each other accurately.  After that and with some appreciation and affirmation training, things got much better.)

5. Would your loved ones agree with the answer you gave question number 4?

After mulling over the above, do you think you, or whoever you are thinking about, experience repeated love failures that might be influenced by the relational form of the Einstellung Effect?  If so, what are you going to do about it.  Will you let this information sink in, mulling it over some more?  Will you discuss this with trusted friends or family?  Will you talk it over with whoever is personally involved, perhaps using this mini-love-lesson’s information?  Will you individually or jointly make exact, behavioral plans to change?  Will you journal and keep tabs on your efforts to change?  Will you read more about all this? (See “For Failing Love: Avoid, or Convert, or Escape” and “Is Love Ignorance the Problem?”) If needed, will you seek out and rigorously engage in counseling or therapy to make deep, solid improvements?

To help your heart fill and fill the other “hearts” in your life, fill your head with love knowledge.  To do that, if you haven’t already, SUBSCRIBE FOR FREE to automatically get our regular mini-love-lessons and, while you’re at it, maybe recommend somebody else to doing the same.