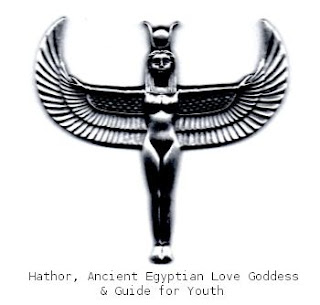 Synopsis: A daughter’s startling declaration and loving request; Parent readiness; Big questions; A different example; Handling it all with the power of love.

“Mother, father, I would like you to just sit and really work at hearing me with love because I have what I think is a good thing to share with you.

Last night I did something really special.  I surpassed my virginity.  That’s what my group calls it instead of seeing it as something lost.”

This shy and gently stated declaration came from a beautiful, super smart, nearly perfect, not quite 17-year-old daughter, as her mother reported it.  She continued, “At first neither my husband nor I understood so my daughter repeated herself,  ‘Surpassed my virginity, not lost my virginity’.  Suddenly I was flooded with cascading, conflicting and confusing emotions washing over me – chaos, disbelief, shock, fear, sadness, empathy, guilt, worry, and a strange sense of pride that she was able to tell us this startling fact.

"Then I heard my husband stammering, ‘What the hell!  You mean you’ve already had…, already …, you mean …, you’re telling me, my little girl’s not a virgin anymore?  Is that what you mean?’  Our daughter calmly and kindly replied, ‘Yes, Daddy, and we did it the safe way with a condom and spermicide, and we did it with lots of love so I want you to be happy for me’."

This mother admitted her next words were a tearful, “But you’re only 16."  Her daughter’s well researched response was, “Mom, do you know around the world 16 is the average age where most girls ‘surpass their virginity’ so I’m just being normal.  Please don’t cry unless those are tears of happiness for me.  It was a really good experience and besides I think I’m the last girl in my group to do this.”

She said her husband, somewhat angrily, replied, “That doesn’t make it right, safe, healthy, or good.  Their daughter’s further response was, “Daddy did you know that in ancient Egypt, whose civilization lasted longer than anybody else’s and whose family life stability was legendary, girls commonly surpassed their virginity between the ages of 12 and 14 and were married by 15.  Not only that but sometimes marriage was to one of their brothers”.

“That’s not what we are talking about,” was this frustrated father’s reply.  This mom reported she then said, “Well, Sweetheart, you have shocked and amazed us, and you are going to have to give your father and I some time to process this because we certainly weren’t ready for it, like we probably should have been.  I do want to thank you for telling us and not keeping it secret like we had to do when we were growing up.  Let’s take a break while you’re father and I talk and then we’ll all talk some more”.

Their daughter replied in a very adult and kind tone, “I know this is hard for you given the way you were brought up so, yes, let’s take a break but first can we all hug?”  She said they did hug and they said they loved each other; then she and her husband shared their confusion and many different feelings.  All this is what the mother of a rather precocious adolescent reported to me in a quickly scheduled parent/guidance counseling session before asking, “Now what do we do?”.

Well, dear parents, are you ready for the day you find out an offspring of yours has “surpassed their virginity”?  Do you think you will be able to handle it with wisdom and love?  Maybe you will try to stay in denial and act like it hasn’t happened.  If that is so it may lead your youngster to feel and think that they shouldn’t or can’t share this kind of big, important fact with you.  If that’s the case they perhaps will try to handle the health, relational and psychological issues without your input, support and guidance.  Please consider that.

Perhaps you feel sure your teenagers will stay virginal until after marriage, and they may.  However, the majority of adolescents in a majority of cultures around the world do not.  As you probably know all around our planet both biology and modern world, cultural influences seem to be pressing youth toward becoming sexually interactive in middle or younger adolescence.  I think it is wise for parents not to be in denial and to prepare ahead of time for dealing with this bio-social ‘pressure’.

Let’s look at this: Concerning sex, especially virginity, do you have different hopes and standards for the males and females you are raising?  I have counseled no small number of parents, mostly fathers but some mothers also, who are secretly or openly proud of their sons but upset with their daughters when they first start having sex.  In this day and age ‘double standards’ more and more lead to destructive family conflict.  This especially seems to be a hard problem for families moving into the modern, westernized world from other cultures.  It also frequently is a devastating difficulty for religious conservative parents of many faiths who find their offspring gravitating toward more contemporary, secularly influenced lifestyles.

The big question for parents, from this family therapist’s point of view, is this.  Are you going to deal with the ‘surpassing virginity’ issue with sufficient healthy, real love?  No matter what your belief system is regarding ethics, morals, mores, propriety, etc., I suggest a powerful love-centered approach will work best.  From my experience with so many parents discovering that their offspring have become sexually interactive, ‘well expressed love’ is the primary thing that makes the outcome constructive.  Without love your mind seems closed and destructive dissonance grows.  Anger, condemnation, guilt tripping, manipulation, disgust, rejection, control efforts, abandonment, expulsion, lack of care, being overly nonchalant and indulgent, punishment, reasoning without compassion, hyper-religiosity etc.  usually lead to far less than desirable results.

Let me suggest that the parents who handle this issue best are also the ones who, with love and some study, prepare for it ahead of time.  Some years ago I worked with a couple who was attempting to deal with this issue responsibly and sanely.  They talked with each other saying, “It is likely our children will become sexually active in their teenage years, because we did, and that’s the way the world seems to work these days.  So, how do we want to prepare for that?”

After some research they decided to follow a parenting approach popular in certain circles in northern Europe, parts of South America and very recently urban China.   They gave their children a far better than average sex education involving not only the biology but also the psychology of sexuality.  There were those in their extended family who said they were just setting up their children for promiscuity and tragedy, but they rejected that after looking at the good results data from various other countries.

When their youngsters were in their early adolescence they openly discussed how and when they might choose to enter into sexual relations.  Each of their children became able to talk quite frankly about all this with their parents.  Both their boys and girls chose ages later than their parents had worried they would.  Healthy self-love and others were a major focus in their discussions.  When older each of their offspring carried out their plans similar to those they had designed with reasoned modifications when needed.  A loving acceptance and even a family celebratory atmosphere prevailed as the plans came to fruition.

Recently I learned that their children, who are now entering adulthood, plan to do much the same thing when they have children because the results have been far better than the bad and chaotic experiences of many others.  No one got pregnant, no one got any sexually transmitted diseases and no one experienced any great emotional upheaval.  All of them agree that because love was made so much more important than sex the sexual issues got dealt with quite fully and constructively.

It is important to know that following this pattern might not lead to such good results for you.
Because of all sorts of individual differences and possible other intervening variables disasters might yet occur.  There are no guarantees but the above example is, at least, a different example than many parents have been exposed to.  I suggest you study many examples and possible ways to go about facing this issue.  Then as parents you might want to make your plans regarding ‘virginity surpassed’, preferably with a ‘ big, powerful, love focus’ as a big part of them.

For a start on these deliberations let me remind you what that fellow we call Paul said about love over 2000 years ago: Love is patient, kind, not jealous, overbearing, arrogant or rude.  Love does not insist on its own way, is not mean-spirited or resentful, and love bears all things, for real love never ends.

As always Grow and Go with Love

♥ Love success question How similar or different from your parents do you want to be concerning your dealing lovingly with your children’s sexuality?