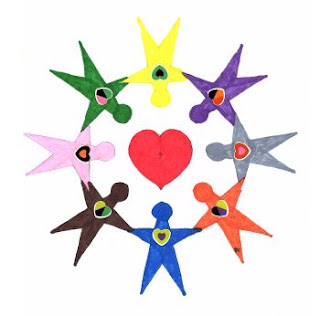 Synopsis: How friendship is defined, understood and valued differently in different countries, cultures,  the importance of your own valuing of friendship and doing more about it are presented here and more.

Friendship Seen Differently Here and There and Elsewhere

Internationally friendship is understood in a number of rather different ways in different countries, cultures and societies.

There also are quite a few different definitions and connotations to the words friend and friendship in its various translations.  Not only that but in different social classes, strata, diverse subcultures and societal spheres, friendship is viewed and valued quite divergently.  All of these variations of meaning can be seen as contributing to an all-over enriched understanding of friendship.  These differences, however, also suggest it is best to be careful when dealing with the subject of or engaged in the activities of friendship, or trying to comprehend exactly what other people mean when they use the words friend or friendship.

It is kind of amazing how differently various sources have defined friendship.  One source says it’s just “a mutual association of those who like each other”, another says it’s people who feel attached to one another by feelings of personal regard and fondness” and still another says it’s “a relationship of those who grow emotionally close to one another and who have a mostly positive mutual appreciation and therefore feel attached, linked or at least somewhat bonded and in union with each other”.

Other definitions use terms and phrases like “mutuality of affinity”, “ having ongoing rapport”, “enjoy each other’s company”, “repeatedly interacting pleasurably” “people you feel more good than bad about”, “those who treat you nice”, “people who you hope like you”, “those acting in mutually beneficial alliance” and more cynically and hopefully as a joke “anyone who doesn’t want you dead”.

I have heard it taught among the Sufis who have been emphasizing friendship since the year 900 or so that “a friend is someone who helps you know yourself with love”.  Aristotle, who had a fair amount to say about friendship, noted that “a true friend is one who likes who we are and wants what is good for us”.

A Three Level Understanding of Friendship

Concepts about friendship can be analyzed as indicating it is a phenomenon occurring on at least three different levels.  Here they are called Mild, Significant and Profound and are explained as follows:

Significant Friendship: a relationship between those who mutually emotionally feel fairly closely and positively connected, are mutually trusting, have a fair degree of shared values and interests, have some mutual intimate and personal knowledge of each other, are mutually concerned about each other’s well-being and who mutually have a mostly positive effect on each other and who find importance in their relationship continuing.

Profound Friendship: a relationship of healthy and usually sibling or familial like real love.  In addition, those whose relationship manifests a sense of mutual, deeply felt, meaningfulness along with intimately personal and privately shared knowledge, a sense of being strongly bonded with attitudes of unconditional acceptance, non-condemning, all forgiving, intense loyalty, mutual appreciation, respect, and affirmation, dependability especially in troubled situations and involving people who are solidly committed to each other’s well-being and their relationships continuation.

These three levels can be seen as a existing on a continuum of sequential degrees going from more or less mild to more or less profound.  Some analysis suggests it would be appropriate to add a fourth category of Friendly Acquaintance mostly for those who have briefer or only occasional friendly interactions with each other.  In analyzing friendship, others suggest additional situational categories are useful like “work buddy”, “good neighbor”, “school chum”, “comrade-at-arms” “internet pal”, “Facebook friend”, etc..  Additional terms like best friend, fast friend, bosom friend, confidant, crony, sidekick, etc. also may be useful in seeking a full understanding of friendship.

The Varying Valuing of Friendship

In some parts of the world, you would not use the word friend for someone you had known less than two years nor would you invite them to your house before then.  In other parts of the world, one can hear oxymoronic statements like “hello, old friend, what’s your name?” probably stated by someone being artificial with something to sell.  Among still others, ending a friendship is commonly more significant and impactful than ending a marriage.  Then there are those for whom the word friendship privately means a relationship conducted for selfish benefit and easily ended for the same reason.

Among health professionals and psychological researchers, friendship is increasingly being seen as highly contributory to health, well-being, happiness and especially to longevity.  Of course, this means friendship closer to the Significant and Profound levels.  Rehabilitation and recovery specialists count real and deep friendships among the most important factors effecting their patient’s return to health.  Even Mild friendships, as described above, have been found to contribute substantially to the physical and psychological repair of the wounded, injured and otherwise impaired.

Research also is showing that those who do not value friendship and friendship love significantly or sufficiently enough are much less engaged in friendship actions and consequently are more susceptible to killer stress illnesses, substance abuse problems, severe love-life difficulties and workplace non-cooperation and passive/aggressive resistance.

Intriguingly there also is foreign affairs research showing that the more international friendships citizens of a country have the more a country tends toward peaceful and cooperative relations with other nations.  The reverse also turns out to be true.  The more people of a country do not cross borders and befriend dissimilar people the more suspicion, hostility, non-cooperation and international dysfunction there is likely to be with that country.

Likewise, and contrary to much of the past, there has been a recent joint call from major leaders of six of the world’s great religions for developing worldwide, cross-faith friendships.  This worldwide call is aimed at producing a reduction in cross-faith religious bigotry, hostility and violence.  Those inter-faith and internationally minded clerics ask us all to escape our insular provinciality and work at befriending those not only different from us religiously but also socially and culturally.  They postulate doing so will lead to joyfully discovering more about our positive similarities than our disharmonious differences.

How Is Your Own Personal Valuing of Friendship?

One of the things a person runs into when studying friendship and friendship love is this.  Again and again from lots of different places lots of different scientists, authorities, experts, sears, sages, teachers and wisdom masters cry out for people to see how important friendship is to individuals, families, societies and the well-being of our whole world.  They all urge us all to study, think about, talk about, more highly value and then do more about friendship.

So, the challenge is for you to do some more about friendship in your own life.  You, of course, can continue studying friendship as you are doing right now and then you can add your own friendship actions.  Whether it is locally, refreshing current and old friendships, connecting on the Internet, reaching into different communities, reaching out internationally or becoming a part of answering that call for creating interfaith friendships across the world, you can do some things you perhaps have not done yet, but could.  Remember also, that doing more about friendship is a great, healthy, self-love action because you are one of the ones who gets enriched along with the others you connect with in friendship.

Want More to Help You with Your Friendship Life?

To learn more about what you can do for more and better friendship in your life, you may wish to consult the following Mini-Love-Lessons “Friendship Love and Its Extraordinary Importance” and “Friendship “Like” to Friendship “Love”.

For making new international friends, check out Friendship Force International which has local groups in over 300 communities in 60 countries around the world, headquartered in Atlanta Georgia USA and also you might look into the International Friendship League with members on five continents, headquartered and quite active in the UK but also around Europe, Africa, India and Asia where they also have contact centers.

For a more in-depth understanding of friendship, here are some books you might want to consult: Love and Friendship by Allan Bloom, Friends As Family by Karen Lindsey, Friendship: How to Give It, How to Get It by Dr. Joel D. Block, The Friendship Factor by Alan Loy McGinnis and Friendship by Martin E. Marty.

♥ Love Success Question: What are just 2 acts you could do before 2 days pass that likely would benefit another’s and your friendship life?