Respect - As a Love Skill 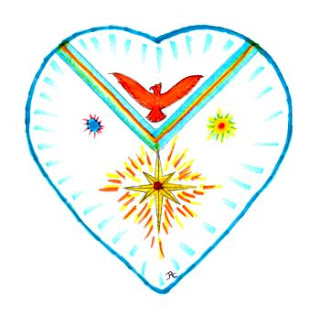 Synopsis: This mini-love-lesson starts with a discussion of the necessity of respect in love relationships; and then talks about the nature of respect in love, respect within couple’s love; what is to be respected; and ends with the benefits of respectfulness.

Necessity of Respect in Love

In adult-to-adult love, a sense of respect for whomever you love is thought to be essential if that love is to survive and thrive.

There is much evidence to suggest that when respect is lost the love or the love relationship itself will be in danger of being lost. There may be some vestiges of love that remain but without respect adult-to-adult love is not likely to grow, or motivate the connecting and enriching aspects of love. There seem to be several forms of false love in which respect may be absent (see the entries on False Love). Healthy, real love, however, is seen to generate a sense of respect and, likewise, respect is seen to generate a greater possibility of love occurring and growing in adult-to-adult relationships.

The Nature of Respect in Love

In a love relationship when we respect someone we hold them in honor, look up to them, see their attributes and qualities, have a high opinion of them and highly prize them, tend to treat them as very special and with a kind of deference, we are proud of them, speak well of them, take their wishes into account, tend to be more thankful and appreciative of their ways of being themselves and we also give importance to what they value as important.

“I think I started falling out of love with him when he kept asking me to tell lies for him. They would be the kind of untruths that made him seem to be more than he really was. You know the type, where he insists I say he caught a bigger fish than everybody else when actually he didn’t catch any fish at all. Then he wanted me to lie in ways that cheated others out of their rightful share of things. That’s when I started losing respect for him. I tried to talk to him about it but he just got mad at me and gave himself the excuse that these kinds of lies were what everyone told. Well, they weren’t lies I told. That kind of deceit just made him seem, well, smaller in my eyes. After trying to present the positives of truth-telling and getting back only negative responses, I just didn’t want to be with him anymore.” I have heard similar stories, time and time again, in the type of counseling that helps people overhaul their approach to finding, starting or trying to improve their love relationships.

“It was not so much the fact that she kept getting horribly, sloppy drunk. It was the fact she wouldn’t do anything about it like go to AA, or find a counselor, or something, anything. As she fell deeper into alcohol she seemed to get more and more hypercritically religious. Maybe she thought that was going to fix it, but it didn’t. Slowly I just wasn’t attracted to her anymore. If she didn’t respect herself enough to own up to her drinking problem then pity was about all I could feel for her”. There are many ways that people lose respect for someone they are in a love relationship with. Sometimes it has to do with abuse or neglect. Sometimes it has to do with self-abuse and self-neglect. But in every case where respect is lost the love relationship suffers.

What’s to Be Respected

In healthy, real love what is respected usually has to do with a sort of ‘character strengths factor’. This is an internal thing like courage or kindness in one’s approach to others and to life itself. Things like integrity and steadfastness, being trustworthy and honorable, deeply caring and being passionate about a cause can rank high in garnering respect. Loyalty and a sense of honor along with an adherence to one’s own ethics also count for a lot. Talents, competencies and abilities can amass considerable respect also. However, external type factors like wealth acquirement, possession of status symbols and the defeat of others in various forms of conflict tend not to work when it comes to the respect that goes with deep and lasting love.

External factors like those may attract more envy, jealousy and hostility than respect. Having a passionate appreciation of beauty, nature, life, the rights of others, spirituality, benevolence, health and well being are what get strong respect with quality lovers. Being able to love well, love much and be lovable may be the most important factors when it comes to respect.

Respectfulness And Its Relational Benefits

Once you have a sense of respect for someone you love, it is important to add being able to demonstrate and convey that respect. Showing that you respect a person’s qualities and ways of being themselves helps to reward them for those qualities, which may cause them to increase and grow those qualities and other qualities too. Showing your respect also usually has a bonding influence which draws you closer together emotionally. Communicating to someone you love about what you respect in them also tends to help them focus on what they respect in you and others.

Hopefully this little discussion of ‘respect as a love skill’ will help you hone your own ability to sense respect and show it to those you love. There is a lot more you can learn about respect and love. To do some of that, check out the entries “Catharsis Empathy As a Love Skill” and discussions about “Affirmational Love”.

♥ Love Success Question
Think of someone you love and what you respect about them. Now will you tell them or send them a written message that conveys that respect today?