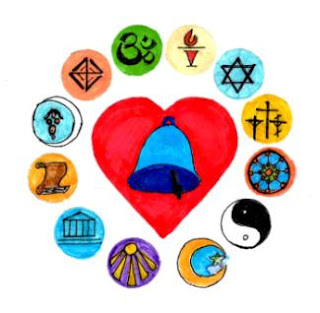 “Religion has done me a lot more harm than good,” Molly angrily proclaimed.

Preston, her lover of 6 months, replied with a serious, worried look, “In my way of looking at it religion has been a lifesaver, and it’s what gets me through the bad times”.  Molly folded her arms across her chest and firmly announced, “It took me a lot of work to get over what religion did to me and if we go further in this relationship I don’t want us, or our kids if we decide to have any, to have anything to do with it.”

Preston turned to me with a sad look saying, “Dr. Cookerly, which is it?  Will religion do us more harm or good?  Is our religious difference going to sink us?”  Molly added, “Is religion, if we get into it, going to be a constructive or a destructive thing like it was for me?  You can see this is huge for us and it’s the only big thing keeping Preston and me from going deeper in our relationship.  Can you help us with this?”

Having worked for years with many ‘buckle of the Bible belt’ individuals, couples and families, and later working with a large number of multi-cultural and bi-religion couples and families, I am well acquainted with religion issue questions.  I usually explain that I approach my client’s religion and spiritual issues in counseling as a mental-health professional and not as a theologian or religionist.  As both a psychotherapist and a relational therapist I can agree with Molly that I have seen many people more harmed by some religious involvements than benefited.  I also can agree with Preston having seen religion be a lifesaver, a great helper in the worst of times, and the most constructive influence in many people’s lives.

Sometimes individuals, couples, families and even whole communities are ruined by clashing and destructive religious-based actions, beliefs, judgmentalism, guilt training, and downright sick ways of going about things.  Likewise, by way of religion individuals, couples, families and communities often are healed, reconciled, inspired and re-directed toward healthier, richer, fuller lives through religion.  So the counseling focus for Molly and Preston, and for so many like them, is a three-part question.  Will their religious involvement be more healthful, or more destructive, or will it be the seeming safety of non-involvement?

To help the people I work with discover what their healthiest approach will be concerning religion I start by asking about love.  That’s because how much healthy, real love is, or is not mixed with religion has a lot to do with the mental-health effect the religion has in its participants’ lives.   Starting with simple questions often leads to deep thinking and discussions.  “How’s the love?”  “Where’s the love?”  “Are the people there mostly about love or mostly about something else?”  “How much of what they teach is about love?”  “Is love evident in the practice and actions of the people who practice that religion?”  “Is love central to what’s going on with that religion?”

These and other such questions are typical and important explorations.  Soon we’re talking about how much healthy, real love (see the entries Love’s Definition series) is in evidence at the church, mosque, synagogue, temple, sacred studies class, prayer group, etc. they are contemplating being a part of?

From this mental-health professional’s perspective when considering a religious issue the prime focus is helping clients examine the mental and relational health influence of their religious involvement.  The quickest and best way to start on that is to explore the love issue.  How much is healthy, real love actively being taught and demonstrated by the practitioners of the religion, or religions, being considered?  Likewise, how much anti-healthy, real love teachings and actions are evident in the religious involvement being considered?

Next, it is usually important to look at the following question: In the teachings of the religion being considered is there a high priority placed on compassionate, caring, empathetic, healthy, real love?  Sometimes there is only ‘lip service’ given to compassion and caring love but little or no action.  Here’s another important question.  Where is the love manifest – toward all people or only a select few?  To the clients I’m talking to I also may ask, “How much love do you personally experience coming from the people and the leadership of the religion you’re exploring or getting involved in?”  “Are you dealing with truly love-centered people, or are they practicing more of a ‘fire insurance’ religion where the main interest is just keeping their members out of Hell?”

Also we look into, “Are you getting involved in a religious group where the main thrust is doing healthful love, or is their main dynamic sort of like a game of ‘we are OK, and everyone else is not OK’?”  Could you be in a religion, or subgroup of a religion, which is just a mutual support group for arrogance and safe, social conformity?  Often essential is an answer to this question: As you understand it and discover it, do the religious teachings, scriptures, educational efforts and practices of the religion’s leaders truly exemplify healthy, real love?

Some religious leaders are good at ‘fake love’ so this is sometimes hard to discern.  Is the religion and are the people of the religion love-centered or more centered in status, money, fear, guilt, control or what?  Yes, the first issue to look at, as I see it, has to do with ‘how goes the love’ in the religion and its practitioners.  If the people practicing a religion are not sufficiently about love I have grave doubts about how mentally healthy your experience with them and their ways might be.

It is unfortunate that, as practiced, some religionists are centered on doing non-love and anti-love things.  There are those in religion who just are going through the motions and they are pretty much indifferent, lifeless and loveless.  Others are ‘exclusivity groups’ primarily protecting each other from the new and the different.  A surprising number are primarily about money, and others are about status.  Then there are the groups that are principally about hate.  From a mental-health point of view they are the worst.  Too many others are more about dictatorially telling people what not to do, rather than lovingly suggesting what to do.

Those that are truly love-centered and love-active usually can be found doing great love-centered and love-infused good works helping others.  Their teachings more often tend to coincide with good mental-health concepts and they are actively assisting people toward compassionate, caring, constructive, loving ways of living.  Find and become involved with those groups and you are likely to be much more benefited than harmed.

Now, with those thoughts in mind there is a tricky thing to watch out for.  Some religious groups do ‘fake love’.  This especially is a problem with cults and cult-like groups who practice ‘love bombing’ their candidates for conversion.  This means a person new to the religious cult will be hugged, praised, complimented and well treated so as to get that person addicted to the cult.  Once they are a convert they will be asked for lots of their time, money, effort, etc. and to make sacrifices for the good of the cult.

They also will be pushed toward isolation from ‘unbelievers’ including friends and family, and encouraged to suspend their self-determination and self-directed living.  The convert is, in essence, programmed to not function as a mentally healthy adult but rather as an obedient, unquestioning child.  Reason, skepticism and what we usually think of mature, adult thinking have to be surrendered to the dogmatic tenants and interpretations of the leadership.  Acceptance of the dogma and the leader’s mandates will become primary and real love tertiary at best.

All this and much more were part of Molly and Preston’s discussions concerning religion.  Then Preston asked Molly if she would do him a big love-favor by going to some different religious services, reading different religious material, experimentally engage in some different religious rituals, and be around some different religious groups.  He explained he would like these things to be done so as to jointly get some real experience with religion beyond discussion.  Molly gave this a fair amount of thought and then said she would, if he would endure (out of love for her), any and all doubt, criticism, skepticism and irreverence she might manifest.  She did, however, promise to be publicly polite and respectful.

Preston agreed.  Before they went exploring, however, they made a list of what they thought would be the criteria of a mentally healthy religion which is centered in healthy, real love.  They drew up a list of their own questions and actually were having fun doing this together.  Previously they had been very stuck and only able to destructively argue with one another concerning religion.  Molly said she was going about this exploration like a scientist and pronounced her hypothesis which was that they would never find a religion that would be sufficiently mentally healthy and sufficiently love-centered.  However, she promised to be open minded and to really look at the evidence.

Preston then made his hypothesis which was that they would find at least one, and probably several, religious groups that were mentally healthy and love-centered, and that their involvement in one or more of them would do them a world of good.  Then as a fully loving, good-natured couple they went out to explore and see what they could jointly discover.
Hopefully you and your loved ones can do as well if needed.

Grow and Go with Love, as always!

♥ Love Success Question Might it be healthful for you to analyze what role religion has played in your own mental health and in your ability to love and be loved?