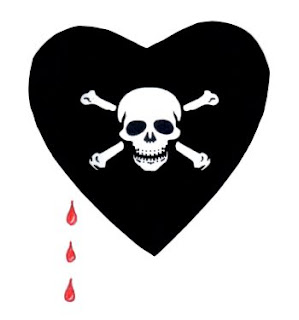 Synopsis: This mini-love-lesson begins with “an event all too common”; it then presents ‘is it really love or false love’; ‘is passionate love a murder motivator’; ‘love against harm’; how you can help; and ends with the question “Can passionate, false lovers be helped?”

An Event All Too Common

You Can Help!
I’m angry and I’m sad.  Once again, I have been referred the children of a parent who has been murdered by the children’s other parent; in this case a teenage step-daughter and her two younger, half siblings whose father murdered their mother.

He has been arrested, and the police say he has confessed, and the case is airtight.  The parents were separated and the father said he did it because she would not reconcile with him, and if he couldn’t have her no one else could, because he loved her so much.

The agony of the children is heartbreaking to see.  The hate and desire for vengeance on the part of the adolescent may ruin that child’s chance at all future love relationships.  If the courts for some reason let the murderer off, the victim’s brother vows to capture and torture him to death, even if it ruins his own life.  The victim’s mother has been psychiatrically hospitalized and the murderer’s father has had a heart attack.  These kinds of secondary outcomes also are all too common in this type of all too common murder.

This kind of referral has happened too many times in my practice, and in the practices of many of my colleagues.  Time and again we hear statements like, “I did it because I love” him or her.  In this case the husband robbed from his own children, his and her parents, siblings and friends, someone they dearly and truly loved – but this abhorrent act was not motivated by love by the perpetrator.  I maintain that healthy, real love never motivates the violent harming of someone truly loved.  Only false love and a great lack of real love does that.

Such murders are all too common in many parts of both the developed and lesser developed parts of the world.  Justification that the murder had something to do with love is also all too common.  Sometimes it is children who are murdered, sometimes the father/husband or some other friend or family member.  Almost always in these kind of situations the murderer voices that it was love that drove them to kill.  “I loved her so much I could not stand to lose her”, “I could not bear to see him with someone else because I loved him so much”, “ I loved him too much to let him live after what he did to me”.  These also are the all too common kind of statements made by love relationship murderers justifying what they did.

Is It Really Love or Is It False Love?

I maintain that healthy, real love causes people to always protect the ones they love, to consistently be constructive not destructive, and to want for and work for the health and well-being of the loved.  It primarily is false love that motivates the murderer to kill those they supposedly love. (A ‘possible’ exception is mercy killing)  Murdering someone you think you love is an act of profound, loveless, perverse self-serving.  It is in truth an anti-love action.  It actually gives proof that no real love existed, and only a huge, needy, sick, demanding desire to be loved was in the place of love.

It also gives evidence that the murderer was sorely lacking in healthy self-love, and probably subconsciously had regressed to an infantile, demanding, controlling, possessive, immense sense of insecurity and inadequacy coupled with hurt and rage.  Such people in that state usually are considered incapable of having or giving healthy, real love.

I further suggest that it actually is those who are intensely love-starved who commit murder when they hurt badly because their major love relationship does not go as they would wish.  They long to find some person willing to give them some love, or positive attention, and feed their secretly infantile, insecure, needy, love-starved selves.  They don’t really love.  They only have their hungry neediness disguised as love.  When they do get what they think will be their saving source of love, things in the relationship improve for a while and then deteriorate.

In their lack of self-love, deep insecurity and lack of belief that anyone could truly love them, they become possessive, controlling, authoritarian, demanding, often more needy, frustrated, angry and they destroy the very relationship they so depend on.  Sometimes they do this in very sneaky, manipulative ways and sometimes blatantly.  If alcohol or other addictive substances are involved, their neediness escalates and exacerbates the danger potential.  A number of several syndromes of false love frequently involve these dynamics (See “Fatal Attraction Syndrome”).

Is Passionate Love a Murder Motivator?


What about the many people who say passionate love, gone awry, is a major motivator for murder?  Homicide detectives, criminologists and detective story writers seem to commonly hold this view.  By doing so, they promote this idea and give a large number of people a false excuse and, in a sense, permission for doing violence to those they supposedly love.

It is true, many murders are committed in the name of love but think about it, could that be real love?  I’m of the opinion that it definitely is not.  I suggest those who murder their lovers, spouses and others are the outcome of three things. The first is the presence of one form or another of a false love syndrome. (see False Forms of Love Series).  The second is a severe absence of healthy, real love in the murderer’s development.  The third is the cultural teaching that presents passionate love as jealous, possessive, obsessive, desperately needy, controlling, and an insane phenomenon.

That cultural teaching promotes the idea that one is justified in harming and even killing those they love if the person they love severely emotionally hurts and betrays them, or wants to leave them for any reason.  This cultural teaching basically helps people think that ‘if I love you, you are mine’ and, therefore, I own you.  It is not much of a cognitive jump from there to thinking ‘if I own you’ I can do what I want with you, even destroy you’.

I once consulted on a sentencing hearing of a mother who attempted murdering one of her children.  She argued the child belonged to her and, therefore, she had every right to kill the child after it became too disobedient and rebellious.  The fact is that that viewpoint was once upon a time a standard belief, and in some places was well supported by law.  It was similar to the law that said if a husband found his wife having sex with another, it was grounds for justifiable homicide and case dismissal.  Remnants of those very anti-love positions still exist in the minds of many, and still are in effect in some parts of the world.

I maintain that none of that has anything to do with healthy, real love.  No, it’s the kind of thinking that once grew out of various forms of false love and the under-valuing and lack of understanding of how healthy, real love works.

I counseled a daughter who shot and killed her father.  The father had on four separate occasions beaten the daughter’s mother to the point she had to be hospitalized with broken bones and other serious injuries.  Though they had moved to escape him, the father had found them and was once again breaking through the front door vowing to beat the mother and the daughter unless they came back to him because ‘they belonged’ to him.  That was when the daughter emptied a revolver into his chest.

This and mercy killing are the only types of protective, real love that I know of which can lead to violent killing.  It is the kind of love that can go to extremes to protect a loved one from harm.  Healthy, real love can cause people to go to great lengths to protect a truly loved one from harm.  And hopefully an effective intervention can be applied before it comes to these extremes.  One also has to be careful here because over-protection can be a detriment to the well-being of the loved.  Basically, healthy, real love is the enemy of harm.

How You Can Help

Do you agree that healthy, real love is a constructive and not a destructive force in the world, and that it is not real love, passionate love or other mis-guided substitutes that ever motivate the violent harming or murdering of the truly loved?  Do you also agree that a society which accepts the idea that love can sometimes cause people to do violence, even to the extent of killing those they love, is in effect unknowingly excusing, supporting and promoting love relationship violence and murder?  Do you further agree that society will be healthier and safer if we rid ourselves of the teaching that promotes the idea that love sometimes causes people to justifiably harm and destroy those they purport to love?

If you agree or tend to agree with these propositions here is what you can do.  You can search for and find opportunities to bring up these concepts.  Wherever you can, you can work to promote the constructive view of love with anyone and everyone you have contact with.  By doing this you will be promoting healthy, real love in our world, as you also act to work against love ignorance, sick false love and all the harm it does.  So, I urge you, do your bit and help change the ethos that presents love as a motivator for harm and death.

You also can help if you know a family member or friend who continues to accept escalating physical violence, by lovingly sharing some of these concepts and relating to them the very real danger they may be in, and starkly telling them many people are killed in those situations.  You might help them explore options to keep themselves and their loved ones safe.  And if you find some of the examples ‘a little too familiar’ please don’t think “It can’t happen to me” – that is what many of those murdered by a supposed loved one said to themselves.  Get help!  Get safe!

Can Passionate False Lovers Be Helped?

Those who suffer (and they do suffer greatly) from the fixations of false love, can indeed be helped.  They can go on to healthy, real love although it usually takes a fair amount of therapeutic work.  Those trapped in false love syndromes can learn healthy self-love and then healthy, other love.  They usually have to unlearn a great deal in the process, reprogram their anti-love and non-love approaches to love relationships, and practice what they learn for quite a while before they become fully love successful.  Often in their fear of seeing their own immense love starvation, and feeling it’s pain more acutely, they dodge the very help that would save them and those they addictively endanger.  But if they do seek help from a love knowledgeable therapist things can go wonderfully well.

♥ Love Success Question
Have you believed that real love could turn to hate, and what do you think of that idea now?