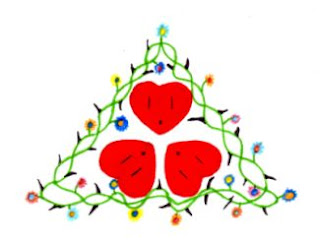 Will a Love Affair be Good or Bad for You?  The answer may depend on whether you usually make most things go well for you and those you love, or not.

It also may depend on your subconscious ‘self-defeating’ or ‘self winning’ ways of going about life.  Another thing it definitely could depend on concerns what and how you think about love affairs.

Some people’s thinking about love affairs is well informed, intelligent, rational and balanced.  Is yours?  There also are those whose thinking is naïve, gullible, poorly informed and vulnerable.  Is that you?  A good many tend to think romantically and sexually about love affairs, but not much past that.  Could that be you?  A large number think judgmentally and with considerable negativity, while others are caught between thinking hopefully and fearfully.  Does any of that apply to you?  There, of course, are those in both committed and uncommitted relationships who secretly think about love affairs with joyful anticipation, delicious desire, clever premeditation and scheming intrigue.  Describing you perhaps?

Singles with high love desires, and singles with breaking hearts, couples who can’t stop cheating on each other, and couples joyously reunited and working at co-recovery, the wear and tear on some relationships from multiple affairs, affairs that bring both agony and ecstasy, secret pride and public shame, terrifying dilemma and soaring freedom, crushing defeat and exhilarating victory, all these and far more are encompassed in the simple term ‘love affair’.

Love affair issues are agonized over and struggled with in my counseling practice almost every week.  That consistently has been true for years and years.  This means I have worked with thousands of people in all sorts of different love, sex and other types of affairs.  As a health professional my primary goal is always to get to a healthful resolution for all concerned.  I take the side of health against pathology, dysfunction and destructiveness.  It’s sometimes pretty tricky but I don’t take the side of ‘him’ or ‘her’, of someone else, or of saving the relationship or ending it.

I am neither for or against any of those positions unless it coincides with what is healthful for all concerned.  Since illicit or secret affairs are the ones usually presenting the most difficulty we will deal mostly here with those.  Later we will deal with the ‘yeas’ and ‘nays’ involved in open affairs, uncommitted single’s affairs and other kinds of affairs.  Those too can involve great dangers and difficulties along with marvelously strengthening joys, and enriching experiences and can have extraordinarily happy outcomes.

I will brag:  In my work with affairs we usually get to the ultimate goal of a healthy resolution for all concerned.  However, getting there is, almost always, quite arduous and quite complicated.  Commonly in an illicit or secret affair there are two people in a couple relationship, one or more lovers, plus sometimes children and family, some close friends and maybe others that may be strongly affected by what happens in the love affair.  Without help seriously un-healthful outcomes unfortunately are quite common in the complicated tangle of illicit affair situations.

In the worst-case scenarios suicide, murder, substance addictions, child, spouse and lover neglect and abuse, severe physical and mental harm, career ruination, economic destitution, family dissolution and a host of other truly traumatic consequences can, and do occur in many affair situations.  More commonly, repeated experiences of severe emotional hurt, serious family, social and occupational dysfunction, along with high stress and relational chaos regularly occur.  Yes, elicit love affairs sometimes can be frighteningly destructive!  If you are contemplating an illicit affair, or already are in one, don’t undervalue or be in denial about how badly it could go for you or for others who are important to you.

Then there’s the other side which doesn’t get talked about as much.  There can be, and sometimes are, very positive experiences and outcomes involved in a large number of love affairs.  Even very problem-filled affairs sometimes produce good results.  There is an extraordinary strengthening that develops and emerges in some affair protagonists.  It is not unusual that coming out of a ‘bad’ affair people take new, and much better life directions (which is a good result).  That’s especially true when they experience the help of a good counselor or therapist.

Destructive affairs sometimes result in people beneficially overhauling their life approach and their life situation which they would not have done otherwise.  Losing a spouse or love mate to an outside lover has been known to help a neglectful mate grow a much greater understanding of how to love and treat their next major love choice.  No small number of couples report that without the affair they coped with they would never have grown as good a love relationship as they have now.  Therefore, even bad affairs can have good results although usually the process, for a time, is quite awful.

Also not talked about much are the people who have excellent, positive affair results, sometimes right from the start.  Some testimonials I have heard: “My affair made me know I was worth something”.  “If it wasn’t for my affair I never would have learned what love is and how to do it well”.  “My super secret affairs led me into all sorts of exciting adventures and the best times I have ever had, so I would not trade for them for anything”. “I had a series of affairs which finally got me to my new and far better marriage and the love I always wanted”.  “Without cheating my life just would have been too damned dull.”  “It was having an affair that saved my life because before that I was on the way to putting a bullet in my head or drinking myself to death”.  “I have to be really thankful for my affair.  I think it was God sent because, crazy as it sounds, it’s what helped my marriage and made it work.  It wasn’t until my husband caught me with my lover that we started to get real with each other, and that has made all the difference in the world.  We were okay before but we’re really good together now”.

These real-life words give evidence that sometimes having an illicit affair turns out to be positive for some people.

Here are some types of love affair results that many people don’t know what to think of:  Marcia related she was very happy about the results of her affair.  “It was my goal to have a child by a very intelligent, highly talented man and my affair got me exactly what I wanted, plus years of ongoing contact with a remarkably interesting man.  Besides that, his wife also has been involved and quite preciously captivating”.  Dennis stated, “It was my affair with an exceptionally wise, older, married woman that gave me the courage to go after the kind of woman I really wanted but was afraid I could never be enough for.  I am profoundly indebted to her”.

Serena remarked, “My several affairs are what sustained me through the long illness of my slowly dying husband.  Those wonderful men enabled me to lovingly care for him and make his life as good as possible right through to the end”.  Here too then is evidence that affairs, commonly disapproved of, can do good in certain circumstances, although there are many who would want to deny and refute that truth.

The group you perhaps hear the least about are the ones who say things like this: “I tried having an affair and it was so so”.  “My affairs were never really very bad or good, they just were.”  “Having an affair was just something to try on for size, which I did, and that’s about all I can say about it”.  “For me affairs and illicit sex were just a hobby.  After I tried that for a while I got a boat”.  It would seem that the truth of affairs is that quite a few people have disastrous results, others have really fine results and still others have mediocre results – much like most everything else in life.

If you are contemplating or feel prone to having a ‘cheating’ type illicit affair contemplate this important truth: To accomplish an illicit love affair you likely will engage in deceit, deception and perhaps a life saturated with falsehood.  All that along with the overt and covert lying that you probably will have to do is likely to be destructive to you no matter what else happens.  If it’s a true love affair perhaps the love you give and receive in the affair will be worth the price you have to pay.  Perhaps there also will be other benefits that at least help to counterbalance the difficulties of an illicit love affair.  Then again, perhaps not.

As you review the possible occurrences and outcomes of an illicit love affair let me suggest you ask yourself a few questions.  First, are you strong enough to survive the possible and probable destructive effects involved in an illicit love affair?  You see, illicit love affairs frequently turn out to be very draining.  Second, do the likely benefits outweigh the likely deficits, difficulties and potential disasters involved?  Third, who may be harmed, and how much might they be harmed?  Fourth, what exactly are the good things you are looking for in an affair and are they really good enough to go after by way of a secretive love affair?  Fifth, is there a way you could go after these things more openly and honestly?  Last, are you willing to seek the help of a nonjudgmental counselor or therapist so that your actions have a better chance of going in a healthful direction?

If you are already engaged in an illicit, secret affair is it one where real love is being given and received?  If you’re not sure about this study the “Definition of Love series” found on this site.  Do you need help in figuring out what to do with this affair?  If so, who will you go to for help?  Be careful here because some possible helpers may have a vested interest in one outcome or another, rather than helping you get to a healthful way of going about things.

If you go about the affair carefully and with healthy, real love for yourself and others things may go well for all concerned.  This is especially true if you and perhaps the others involved get some good coaching/counseling to help you through the hard spots.  Keep watching this site for more information about love, sex and other affair issues soon to appear.

♥ Love success question
Toward yourself and the others involved how compassionate, understanding and resilient can you be concerning a love affair situation that might come your way?