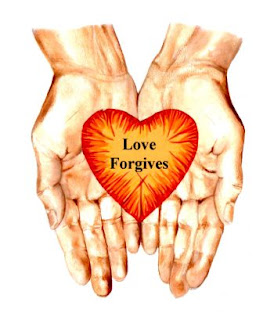 Synopsis: This mini-love lesson starts with the question “why forgive?”; then goes on to forgiveness is about the future more than the past; a surprising reason we don’t forgive; sex and forgiveness; the risk of forgiveness; big love forgives, small love does not; growing forgiveness; and ends with a forgiveness challenge.

“Forgiveness is so hard. Why should I try to do it?”  Often the answer is because not doing forgiveness is even harder.  Not forgiving frequently means not healing.

In my work as a relational therapist I have dealt with couples where one or both have shot, poisoned, stabbed or tried to run over their mate with a car and who have come to forgive those actions and all that led to them.  I have dealt with several hundred couples who have experienced infidelity, even repeated infidelity and all the deceit that goes with it and yet through forgiveness and healthy, real love development many are happy, successful couples today.

The most amazing examples of forgiveness I have seen came in my work with the parents and families of murdered children.  Parents who sit before the convicted murders of their own, most precious children and yet still offer forgiveness to those murders.  They love beyond my own love capabilities but not beyond my ability to be awed by them.  Intellectually I understand that those who do not forgive are likely to never heal and to be forever be more troubled.

Emotionally my heart goes out to those who cannot yet forgive and experience the healing which forgiveness brings.  When we forgive we are on the path to recovery.  When we forgive we can let go and let that which wounded us recede into our past.  Frequently forgiveness offers the one who is doing the forgiving more than what is offered to the one who is forgiven.  To not forgive is to not let a wound heal and continues the harm one has experienced.

Forgiveness Is about the Future More Than the Past

Forgiveness offers a chance for a cleaner, lighter, brighter future.  To not forgive poisons the future by carrying the past into it.  This works as much for the one doing the forgiveness as the one receiving it.  Honest to God, real love demands and requires forgiveness for both individuals and relationships so that the future of both has a chance. The future of both individuals and relationships can be especially sabotaged by seeking revenge, trying to ‘get even’, recrimination and bitter, endless judgmentalism.

Forgiveness does not have to be coupled with giving someone another chance but if another chance is to be attempted loving forgiveness is likely to be essential.  Forgiveness clears the way for making new and better things happen.  It is especially necessary in any ongoing, couple’s life together.  In every couple’s relationship there are small, medium and sometimes large things to be forgiven, gotten past and left behind.  This also can be true of most deep friendships and lots of family relationships.  This also is true of self forgiveness.

A Surprising Reason for Why We Don’t Forgive

“ I can’t forgive her!  I just can’t forgive her cheating on me.  I can’t forgive or forget her adultery”.  This was Jake’s painful lament as he sat in front of me to start working on his recovery from discovering his wife in bed with another.  I said, “Yes, you were hurt tremendously by your wife’s betrayal but I have to ask you, Jake, what do you have yet to learn from this terrible experience?”  Jake replied “Why do you ask that? “ My reply was “Because in my experience sometimes we cannot forgive because we have yet to learn what we need to learn”.

Jake at first was baffled.  However, in time and with work he discovered he had had a part to play which had helped motivate his wife toward cheating.  He didn’t cause it but he contributed to it, and he needed to learn his part so he wouldn’t do it again.  He slowly came to realize he too often was far too unloving, indifferent, inattentive and uncaring.  He took his wife and his marriage for granted while mostly focusing his life on career success.

Jake also prioritized being tough, strong and authoritative far above being loving or lovable.  In human interaction “winning” was much more important to him than cooperation and collaboration.  This especially was true in the way he treated his wife and his children.  Jake remembered his troubled teenage daughter once saying to him, “There’s just no way I can win with you, Dad.  So I’m going to quit trying.”  After that they grew increasingly distant from one another.

One other thing Jake learned concerned his own sexuality. He was secretly afraid other men were more potent and could sexually perform better than he.  As long as he was secretly insecure, forgiving his wife’s sexual infidelity meant facing his fear that he was sexually inadequate and that his wife had sexually experienced something better than he had to offer.  However, once he had discovered and admitted this openly in therapy he became surprisingly open to developing a new and better sexuality, forgiving his wife, and starting with her again as she had asked him to do.
This is often the way it works.

Once a person learns what they need to learn about themselves and their own areas of weakness that need strengthening, it becomes a bit easier to forgive.  This can be true even for people who have been heavily brought up to believe that sexual infidelity is unforgivable.  Is it not interesting that what is sexually unforgivable in one culture is fairly unimportant in another, and even is considered admirable in still another culture.

The Risk of Forgiveness

Another reason we don’t forgive is that unless it is done with wisdom forgiveness can set you up for repeated, painful experiences.  For many people forgiveness is not offered because they fear it makes them vulnerable and more likely to be hurt again.  When forgiveness is seen as something ‘you do in your heart’ and that it is all right to join forgiveness with adequate self protection, it becomes an easier choice (See the entry Forgiveness in Healthy Self-Love).

It is important to realize that forgiveness can put you at risk.  It is perfectly healthy to limit your risk to something you are pretty sure you can handle.  Could you say and mean something like “I forgive you but I have my own problem of being vulnerable and repeating my own mistakes, so I’m not going to return to our relationship again.  Therefore, I forgive you and wish you well.  Goodbye.”  That’s one way to deal with the risk of forgiveness.

Love often takes risking or gambling on the person you love.  That often means you do give them another chance and risk again experiencing deception, betrayal and emotional pain.  Strong and sufficient love often pushes us to forgive and risk again.  That does not mean to try in ways that enable and reward being used and misused endlessly.  Cooperatively making a clearly defined contract or agreement before starting over may help to minimize the risk and pain.

Some people never forgive the transgressions committed against them (real or imagined).  Some hold grudges until the day they die.  Those who are big enough and strong enough to forgive, give their love relationships a chance for renewal and new, ongoing success.  Without forgiveness many, perhaps most, love relationships deteriorate and die, or at least become comatose.  Forgiveness often takes being brave and loving in a big way.

If your own personal strengths are too weak or your love not powerful don’t forgive because you may not survive what you risk.  However, if your love is real, big and bold and you have powerful character strengths forgiveness maybe is what it will take to achieve a great, lasting, love relationship.  Sheila said, “He forgave me when no one else would.  How can I not love him more and better than anyone else and choose to spend my life with him?”  Some of the best love relationships could not come into being until there was great forgiveness – given and received.  That is the way of big love.

If you are having trouble forgiving someone for something there are ways to work on it  and win yourself the freedom forgiveness brings.  You can work on coming to understand why someone choose a path of action that hurt you.  If you can see through their eyes, feel their feelings and comprehend their thinking it may give you considerable assistance in the forgiving process.  Understanding is best done with compassion and empathy.  You don’t have to agree or call what they did ‘right’ to do that.  You also can work to understand how your own actions and words may have contributed to their transgressions.  Furthermore, you can work to understand your weakness which made you so vulnerable to being hurt, and from that you may find a way to grow stronger and defend against that vulnerability.

Another work you can do is to accept that you and all other humans are imperfect beings prone to making mistakes and needing forgiveness so that progress can go on.  Sometimes it helps to know that major religions the world over preach and teach forgiveness as the way of love.  If you work at it you can grow forgiveness and if you do not you may be stuck in the self poisoning of non-forgiveness.  If you are in a ongoing, love relationship with a lover, spouse, friend or family member and are not sufficiently forgiving, or they are not, see if you can both go to a good relational, love-oriented therapist who can help both of you get forgiveness to start growing.  Lasting love relationships require forgiveness skills and practices, or they don’t last.

There are books to read which can help.  May I suggest you take a look at Dare to Forgive by Dr. E.M. Hollowell, and Forgiving and Reconciling: Bridges to Wholeness and Hope by a Dr. Worthington.  There are lots of counselors and therapists, and especially couples and family therapists, who are good at assisting two or more people with growing forgiveness and its many mutual benefits.

♥ Love Success Question
Who have you not forgiven, for what, and what effect is that having on you?