Do and Don’t Love Talk 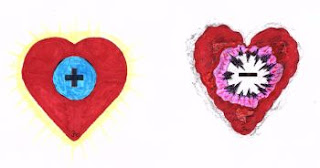 Synopsis: Love-destructive “don’t” and love-constructive “do” talk; buildup effects; “don’t” for sex disasters; other ways to convey do and don’t; a major “Do” way toward love improvement; and some self-examination gives you what this mini-love-lesson is all about.

“Don’t kiss me so hard!”  “Don’t make so much noise when we make love.”  “I don’t want you to pull away from me so fast after sex.”  What do you think hearing or saying a string of “don’t” messages like these can have on your sex life?  And on your love life?

“Don’t” messages, no matter how well intended or even based in love, tend to have an emotionally negative effect on most love relationships, be they with a spouse or lover, a child, a teenager and adults of all ages.  They even can have a negative effect on your relationship with yourself.  In relationships the effect usually is thought to put emotional distance between two people and make an emotional dissonance more likely.  That bodes for more arguments and a reduction of demonstrated affection, along with less harmonious time together.

Subconsciously whatever the “don’t” word is referring to, doesn’t usually matter much.  Whenever we hear the word “don’t” or any kind of “don’t” message, no matter what it is attached to, it may trigger a tiny, internal, negative, brain chemistry reaction.  That especially is likely if it is coming from someone important to us.  Saying don’t or sending any other type of don’t message also may create a tiny, negative experience for someone you love.  Saying don’t also is a tiny, negative experience in the brain of the sayer, so it turns out “don’t” are bad for everyone.

Don’t’s and Their Build-up Effect


The problem is that taking in or sending out “don’t” messages can be cumulative.  That means a build-up of negative experiences which can have an erosion effect on a love relationship.  Furthermore, if you heard too many “don’t” messages growing up, you may enter a love relationship “don’t”-sensitive because you already have a subconscious build-up of experiencing “don’t” as a non-conscious negative.

Unless the word “don’t” or any “don’t” message is said with really soft tones and the message is truly loving as in “don’t forget you are my super, special person”, it likely will have this subtle, cumulative, anti-love relationship, brain effect.  It is suspected this may be one of the causes of a fading love phenomenon.

“Don’t” and Its Disastrous Effect on Sex


When I was earning my subspecialty certification as a sex therapist, I became acutely aware of how critical ‘don’t’ and also ‘do’ communications were to success or failure in sex therapy.  Many people with sex problems especially are sensitive to “do” and “don’t” messages having to do with their sexual performance and ability.

Sadly even “do” messages can have a negative effect here.  That is because people sensitive in this area can interpret “do” as a “you’re doing it wrong” message.  However, once we could get a person to accept a “do touch me this other way” type request, as a piece of information that was good and needed, things generally went much better.  Of course, we often also had to get the sender of that message to send it positively and with love for things to go sexually and lovingly well.

Even small ‘don’t’ messages having to do with anything sexual could sometimes cause setbacks that took weeks to overcome.  In conducting sexual love research I later discovered the more loving you can make a sexual request the better it works, and I brag here and say, we published some productive papers on that.


Not every “don’t” or “do” message is sent with those exact words.  Sometimes the message is in the tone of voice, the face, the body language, the gestures or it is in words satirically said, or it just is said with other words as in “never come on to me that way again”and “you can keep touching me right there, that way, a lot longer”.

Sometimes couples make themselves the rule “don’t say don’t” and that is okay but it doesn’t go far enough.  By itself that sort of rule can lead to self censoring or actions that help censure, silence and stifle those you love.  That rule needs the addition of a “what to do instead” component.  Know that a stifled, censored or silenced loved one frequently is trouble on the way.  That is true even if it involves self stifling.  Silence can be a message that screams loudest of all messages.

Long-term censuring just means long-term hiding truth which may be unpleasant but probably is needed and is going to come out some other way eventually.  Acting to censor a loved one is liable to encourage being treated falsely and is liable to assist passive/aggressive attacks coming your way.  Censuring, silencing and stifling frequently tends to have strong anti-love effects.

Can We Make Every Don’t Into a Do?

So you may ask what’s the solution; if I stop telling you what I don’t like and what I don’t want you to do with or to me, what am I to do instead?  Remember, “don’t kiss me too hard”.  That can change into “Darling, do kiss me soft and tender.  I like your kisses that way so very much”.  “Sweetheart, let’s make quiet love this time.  I think that will help me enjoy it more” can substitute for “don’t make so much noise”.  Then instead of the “don’t pull away from me” message, think about saying something like this.  “Beloved, I really would like you to stay here and enjoy cuddling with me after intercourse.  I think that will just extend our lovemaking and make the whole experience even better for both of us”.

The basic concept is, whatever you say in the way of a “don’t” message probably can be better said with a “do” message.  To do that you may have to be responsible and figure out what you do want instead of what you don’t want.  Then lovingly ask for it.  If you can’t figure that out, you can say things like “Honey, I know I want something a bit different but I don’t know what it is.  Would you help me figure it out.”


To be better at being love constructive and avoid love destructiveness, it will be good for you to figure out if you are more of a “do” or a “don’t” message sender.  Also it is helpful to figure out “why” either way.  Some would proffer, if you are mostly a ‘don’t’ talker it is because you secretly are warped and neurotically negative about yourself and life, or something clinical like that.

Social psychology instead would suggest most of us are just talking the way we heard people talk when we were growing up.  Linguistic psychology suggests you probably will say about as many “do’s” and “don’t’s” as was average in your upbringing.  Developmentalists might add, you probably are talking about like those most influential in your upbringing – maybe like your parents.

The good news is you can change and improve and, thus, become more love constructive in the messages you send your loved ones.  That will take some work but love relationships take work, and they are well worth it because they are the most important relationships we have.  At least, those are the enhancements I have seen with those couples, families, friendships and self talkers who work to improve and increase their “do” type messages while they decrease their “don’t” messages to their loved ones and to people in general.

♥ Love Success Question
Who in your life might you like to talk to about becoming a better “do” message sender?