Brains and Love Behavior: Oxytocin and Other Healthful Neurochemistry 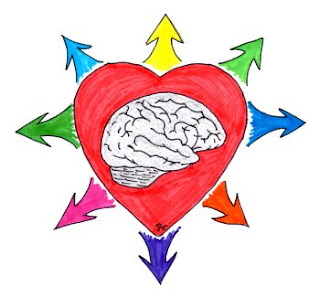 Synopsis: This mini love lesson starts with a discussion of how we get better brains from love; then goes on to how love influences our brains which in turn influences our general health; how a lack of love may lead to death via your brain’s reactions; what fake love does; results from love labs; and ends with an important “take away”.

Love, the healthy real kind, makes your brain change.  Not only that, it apparently can make your brain change for the better in quite a few ways.  More exactly, when you receive the behaviors that tend to convey real love your brain responds by making different and more healthful neurochemistry.  That neurochemistry then makes your body respond in more healthful ways.  That in turn makes for better brain, body and often relationship functioning.

Here’s an example:  Person A, Ann, wants a hug from person B, Bob.  Ann says to Bob, “Can I have a hug?”.  Bob on hearing this request feels a bit elated and thinks, “How nice, she wants my hug”.  That little touch of elation means Bob’s brain, especially its limbic system, has responded by making certain endorphins which are flowing into Bob’s bloodstream and causing him to feel good.  That occurrence is stimulating and improving his immune mechanisms which will defend him against infection just a bit better.  Bob then hugs Ann.  As they hug she and he both enjoy what they feel which in their words means they feel a little bit more emotionally close, mutually supported and more relationally connected.  Those feelings mean that their brain’s limbic systems are processing the hug and creating a brain chemical compound called oxytocin.

Oxytocin is very important in helping people feel bonded to one another and oxytocin also helps in some other biological functioning.  Thus, the simple act of asking for and getting a hug has caused both Ann and Bob’s brains to positively process love conveying behaviors, make doses of health assisting neurochemical compounds which then flow through their blood streams assisting their biological functioning and at the same time strengthening their relationship with one another. If Ann and Bob do that sort of thing with each another, along with other love conveying actions, on an everyday basis they likely will have better functioning brains, healthier bodies and a strengthened relationship.

If they seldom do those types of love conveying behaviors their brains, their bodies and the relationship will miss out on those biologically and psychologically positive influences.  They then will be less than they could have been.  If their love conveying interactions are too sparse they may come to suffer from psycho-neurophysiological love malnutrition which could destroy the relationship.  These dynamics are what a large and growing body of  brain and behavioral research is pointing to and is helping us to better understand the phenomenon of love.

In social psychology certain major groups of behaviors have been discovered which tend to convey love and, therefore, trigger the brain into making its limbic system love responses.  Each of these groups of behavior is thought to be linked to different biological, health improving benefits.  What is thought to happen is that the brain influenced by receiving love conveying behaviors makes a variety of healthful, neurochemical compounds which flow into the brain’s bloodstream and then into the biological body, causing all sorts of things like lowered bad cholesterol, improved blood pressure, increased cancer fighting T cells and a host of other healthful reactions.

Many of these brain and body reactions to love behaviors have do with lowered anxiety, decreased depression, along with increased mental functioning and greater happiness.  So, if someone is actively and behaviorally sending you healthy, real love and you are good at receiving that love, the love is likely to be making you both physically and psychologically healthier.  That is what recent brain and behavioral research is pointing to.

No Love, No Life?

Do you know how in the early 1900’s the “germ theory” and the need for tough soldiers helped kill 98% of infants left in orphanages?  Can you guess?  Well it worked like this.  It was thought the germ theory dictated that the less infants were touched and directly dealt with, the more they would not catch various diseases going around.  The social theory of the time held that loving on babies would make them spoiled and grow up weak and, therefore, they would not be fit to become good, brave, strong soldiers who might be needed to defend the country.

Consequently newborn infants in orphanages received quick, efficient care and were left alone a lot.  They mysteriously died by the thousands all over the Western world before they reached the age of two.  They died of marasmus and failure to thrive illness.  Those that did manage to stay alive tended to be damaged and dysfunctional.  It was not until pediatric psychiatrists discovered behaviorally loving on babies got them to stay alive.  They then started a campaign to rescind the ‘no love’ childcare policies of the time which, sad to say, still linger in some parts of the world.

Adults also die without love, but this is usually by becoming more disease susceptible, maybe more accident prone, more addictions prone and more suicidal, or so it seems the evidence indicates.

The various forms of false love don’t seem to do much good either.  Unfortunately, there is very little research on this sort of thing, but some clinical evidence and thinking suggests that false love will either do no good or actually will do harm to the health and well-being of people.  It is argued that false love may not effect brains in the same way as real love.  This makes logical sense.  When love actions are fake, false or insufficient a fair percentage of people seem to sense this and react with apprehension, defensiveness or withdrawal.  Some may just figure it out and retreat from fake-filled relationships.  It is to be expected that various forms of false love would lead to weak, sparse and inconsistent demonstrations of love.  From that can come more relationship dissonance, increased stress, psychological pain and dissatisfaction resulting in hurtful and harmful breakups.

Some have hypothesized that false love could be neuro-electrically sensed differently in the brain than real love might be.  That then could lead to unhealthy brain chemicals being produced and circulated causing anti-health, biological occurrences.  Some research supports the idea that this is the way it could work but, by no means, is this conclusive.  (To learn more about false loves consult this website’s False Love and Myths series).

Love in the Lab

Comparative animal psychologists discovered the same thing that the early pediatric psychiatrists discovered.  Infant monkeys, and later other higher order mammals, who did not experience the behaviors that convey love tended to die in infancy even though they were well taken care of otherwise, just like the human babies died.  Animal brain autopsies showed a lack of full brain development, poor inter-cell connections and other brain deformities.   Those animals that did stay alive were significantly dysfunctional in their ability to relate to others of their own kind and their brain functioning was markedly impaired.

Our brains seem to benefit directly and significantly from love.  Both lab animal and human brain research on those who receive loving touch, looks, sounds, etc. have better developed and better functioning brains, more broad branched brain cell networks, better brain responsiveness and better general cognitive functioning.  If you want to know more about these things you might want to consult these books: The Brain in Love, Change Your Brain, Change Your Life both by Dr. Daniel Amen; The Compassionate Brain by Gerald Hüther; The Neuroscience of Human Relationships by Louis Cozolino; and The Emotional Brain by Joseph Ledoux.

The suggested ‘take away’ from this mini love lesson is as follows.  If you want those you love to be psychologically and physically healthy and if you want your love relationship with those you love to be strong and lasting, learn and consistently practice the behaviors that convey healthy, real love.  To help you do that, study the mini-love-lessons listed under “Behaviors” in the subject index at this website, read Chapman’s book The Five Love Languages, read my book Recovering Love, and if you run into love relationship problems try to find a loving and love-knowledgeable counselor, or therapist or personal coach.

♥ Love Success Question
When someone shows you an action that may convey their love for you, how good are you at receiving it, absorbing it and fully feeling that demonstration of love?