A Romantic Myth That Kills Love 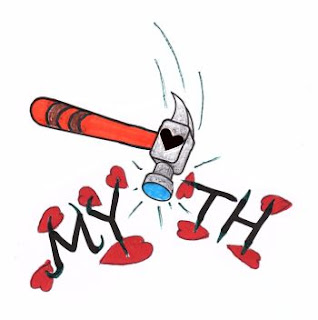 Synopsis: This mini-love–lesson first focuses on your danger; gives examples of the problem; looks at the sabotaging myth’s dynamics; views the “pretty poison fairytale”; touches on the problem of conflicting gender training; and gets you to the avoidance answers which usually work.

Are You in Danger?


Is a romantic myth hurting your chances at a happier and healthier relationship life, full of real love, and you don’t even know it?  That is what seems to happen to millions, sometimes even to the point of destroying an otherwise possibly good, love relationship.  Romantic myths can be so lovely and at the same time so “anti-love” in their effects.  How does that happen?

Romantic myths get into our subconscious as we grow up, and then they may guide us later in life without us consciously knowing it.  Sometimes they guide us into relationship disaster.  More times they just steal chances for happiness and make for a lot of difficult and miserable relational experiences.


Abbey angrily said, “If I have to tell him what I want, that spoils it.  If he really loved me he would know, wouldn’t he?  When I told him exactly that, we had the worst fight ever!  I don’t know if it’s worth it for us to go on.”

In considerable frustration Fred related, “My lover plays this stupid guessing game, making me figure out what I’m supposed to do next, to show love I guess.  I almost never get it right and then I get punished with cold rejection.  But what I don’t get, and really need, is information about what exactly is wanted.  Once in a while I get some vague clues but even if I figure them out it doesn’t help for the next time it happens.  I’m at such a loss.  I’m about to give up trying it’s so frustrating.

In despair Jessica told of her guy breaking up with her, after she, as gently as possible, had told him he had gotten her the wrong birthday present, and not only that, but he had given it to her in the most unromantic way, and at the worst time and place.  How could he have gotten it so wrong?  And she lamented, “By now I would’ve thought he knew me well enough to know how to love me without me having to tell him”.

After a disappointing sexual episode Harvey reported he had asked Misty what exactly she wanted, and what was the right way to make love to her.  Misty then haughtily proclaimed that telling him answers to questions like that was such a total turn off.  Furthermore, telling him things he was supposed to already know made her feel unfeminine and like she was forcing him, and that would never work. It was then that Harvey decided to go back to his old flame, Sarah Jean, because there was no guesswork there, and they had the best sex together ever anyway.

As you can see, this myth can kill many special moments of love, make people feel pressure instead of love, spoil loving occurrences, and entrap people in love-dysfunctional assumptions and expectations.


In each of the above cases the underlying, destructive myth goes something like this.  If you have to tell or ask for what you want from someone, who is supposed to love you, it spoils the giving and receiving of that love.  And your lover should know what to do without communication just because they love you.  After all, your mother knew what to do when you were an infant and unable to ask.  Doesn’t that prove that love just knows?”  This myth also teaches that ‘clearly asked for love actions’ are to be discounted and rejected.  It implies that true love gives the right knowledge and if you truly love me you’ll know what to do without me asking you, informing you, or Lord forbid, teaching you how and what works best for me.  However, sometimes I can give you a little glimpse of a clue.  But that’s all.  Thus, dream and crystal ball gazing are required.

So many couples in my couples counseling get immensely happier and far more functional as a couple when they give up that myth and start asking clearly for what they want from each other.  Some are unhappy about giving up the myth but they get so much more when asking that it ends up not mattering after all.  Others are unhappy because they have to go to the trouble to actually identify what they themselves do want and then communicate it clearly.  But that too is the adult way that actually works, as I see it.

I like to suggest, and perhaps you’ve heard me say before, love and restaurants work the same.  No matter how great they are, they both require people to do a clear job of asking for what they want.  Try going to a nice restaurant and do not ask for what you want, then see what happens.  About the same thing that happens with many couples who don’t ask– not much.


This lovely, poisonous myth started getting into our heads when we were little children by way of fairytales.  Consider the fairytale scenario.  Prince Charming always, and usually immediately, does exactly the right thing without having to ask the advice of a wizard, wise elf or anyone else.  Nor does he go get a consultation from a White Witch, ask other princes what they did, or find a magic manuscript that will tell him what to do.  He just knows and he knows instantaneously.  In Snow White, he suddenly opens Snow’s casket and kisses her dead body, and lo and behold, she pops to life.  Love’s magic know how got him to do that.

It is pretty much the same story in Sleeping Beauty except for the adult version where she needs a spanking to wake up in a fit of pleasure – pain ecstasy?  In Rapunzel the right prince is the only one that figures out to tell her to let down her extremely long hair so he can climb up and save her.  So, we learn that true love means you will do exactly the right thing when you need to.  If you don’t, it either means your love is not real, or you are too ignorant, or you are being mean.

Jump to modern romance novels where the main hero automatically knows just how to romance and make love to the main heroine without her having to tell him anything about what she likes.  It must be real love because he is the one who knows.  No talking is necessary.  Sometimes in the modern versions it is the gal who automatically does the right romantic thing.

You might ask, why does this work in fiction and not in real life?  The answer is that in the ‘love and romance stories’ one brain, the author’s, writes all the scenarios.  In real life relationships two brains are involved and that necessitates communication because no two brains think all that much alike.  With years of knowing each other, better guesses can be made, but even there changes and surprises sometimes occur.


Part of the problem is our conflicting gender training.  For ages, as kids, most of us guys avoided the romantic scenes while many of you gals were paying rapt attention.  You learned what romance was supposed to look like, and we did too to some extent, but mostly we were interested in things like football and making gadgets work.  Culture is changing now but the changes are nowhere near complete.  About sex, love and romance the guys and gals still are not learning the same stuff and the old romantic myths still have a lot of power.  That sets us up for many disappointments, brings on much misunderstanding, and results in a lot of couples being unhappy and sometimes breaking up.


Where Do We Get the Right Know-How?

The often unseen or avoided answer to this question is – from each other!  It can start with using the adult viewpoint that tells us to take responsibility for learning and identifying what we ourselves want, then clearly ask for it.  Know that you ‘own’ your desires because they are in you and, therefore, it is your responsibility to do your part about satisfying them which is also the adult way, is it not?  If you want a soft, tender kiss or a big, passionate bear hug, make it simple and ask for it directly.  That is the most likely, successful thing you can do in most relationships.  And then, of course, enjoy it fully.


What If Asking Still Spoils It for Me?

In simple terms the answer is, work at getting over it and giving it up.  Work on learning to enjoy the marvels of getting more exactly what you want, more often and sooner because that is what usually starts to happen in the good, functional, couple’s life where people identify and ask for what they want.  If it does not happen that way, then it is time for a bunch more communicating.  Remember, to also ask with love.  That means with loving words, loving tones of voice, maybe a loving touch, and any other way you can make your request an act of love itself.  Be sure you are not ‘anti-love’ asking, like “You never hug me anymore, never take me anywhere, don’t fix my favorite meal”, etc.  Those are gripes, not requests.  It is surprising how many people don’t seem to know the difference, and the different effects they may bring.

Clearly ask for what you want and you just may get it.  Don’t let this old, love-destroying, romantic myth kill your relationship.

♥ Love Success Question
Have you ever examined what you take for granted (? subconscious programs maybe?) regarding the way love, sex, romance and marriage are supposed to go?