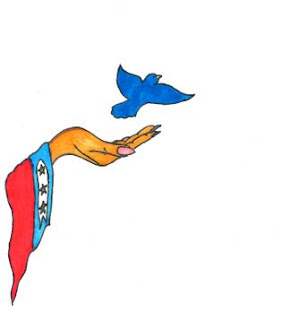 Ted said “I’m finally in a marriage that helps me be more independent, not less”.

Judy replied “I don’t think that’s possible.  When you love someone don’t you always become dependent on them and have to sacrifice your independence for the relationship?”  Gloria responded with, “Not in my love relationships.  Love helps me be who I really am and how I want to be me.  Without love I wouldn’t get to be the real me”.

Qi-shi remarked, “That is not my experience.  My lady friends always want to restrict me, hold me back and get me to be dependent on them, and keep me that way.  That’s why I am not with anyone right now.  I like my independence and for me love gets in the way” .  Sally with disgust commented, “You all know that’s the way it always works out for us women.  Men just don’t want to give you any independence at all”.

Jeremy came back with, “It’s not just men, you women may be more subtle but in my experience every woman wants to ‘break and tame’ her man.  That takes away every bit of every poor guy’s independence”. “I totally disagree,” said Mark.  “Before Jan and I hooked up I was so love-starved I couldn’t do anything but look for love and affection.  Once I started really loving and being loved it set me free to be more independent than I’ve ever been”.  Then Judy jumped in with, “José and I would never dare interfere with each other’s independence.

The whole basis of our relationship is allowing and helping each other live independently. That’s how we do love.  For us it wouldn’t work any other way”.  Sharon then asked, “Doesn’t independence sort of imply being separate and alone.  I never have felt comfortable with the words independent or dependent.  They both sound like things I don’t want to fully embrace.  What about interdependence and self-dependent?   Shouldn’t we consider those also”?

This energetic discussion continued on for quite some time between the participants at a Love Advancement weekend workshop.  As you can see in their discussion there are many differing viewpoints when it comes to the subject of ‘Independence and Love’.  No small number of couples, families and even friendships break up when there are clashes over independence versus dependence issues.  And to the contrary many relationships maintain their health by assisting their participants to have a high degree of independence.

“… let there be spaces in your togetherness,
And let the winds of the heavens dance between you.
Love one another but make not a bond [prison] of love:
Let it rather be a moving sea between the shores of your souls.
… Sing and dance together and be joyous,
but let each one of you be alone,
Even as the strains of a lute are alone though they quiver
with the same music.
Give your hearts, but not into each other’s keeping.
For only the hand of Life can contain your hearts.
And stand together, yet not too near together:
For the pillars of the temple stand apart,
And the oak tree and the cypress grow not in each other’s shadow.”

Relationships that are too dependent and too anti-independence promote stagnation.  Stagnation leads to deterioration, and deterioration leads to death (of the relationship and sometimes of a person in that relationship).  It is generally thought that to grow your independence means to grow your selfhood.  Dependency makes you less, not more.  Being less seldom, if ever, helps ‘the team’ that is a love relationship.  The team is strengthened by its members being ‘all they can be’ as independent individuals who share their strengths and unique abilities in interdependent teamwork.  This is one of the most important dynamics which make up ‘the teams’ we call couples, marriages, families and strong friendships.

Let’s look at what the most famous and very independent seagull of all time told us about love with freedom and independence.  Jonathan, the seagull, was reported to have said:

“If you love something set it free.  If it comes back to you, it is yours.
If it doesn’t, it never was.”
-Jonathan Livingston Seagull, according to Richard Bach

If, in the name of love, you try to possess someone, own them, capture and confine them, make them yours alone, deprive them of independent free choice, it is likely if you dare to set them free there’s a good chance they won’t return.  But if you encourage free, independent choice that is an act of real love.  Real love cannot be done as slavery.  If they choose you day after night, after day, after night and you choose them also, then together you can own and operate a growing, ongoing love.  If when giving someone the freedom of love’s partnership they leave you, then the relationship, in all probability, would never have worked out anyway.  That is because only a love operating with ongoing mutual choice and desire seems to be able to sustain itself healthfully.

Healthy, real love promotes independence and sick, anti-freedom, false love promotes dependency.  This is the contention of many who study love and its dynamics.  To investigate how all this may have influenced your life let’s look at the ways Western world society has taught people to talk and think.  The following sentences are ‘supposed to’ represent the dynamics of love, as many people understand them, but do they really?  “I need you”.  “I can’t live without you”.  “You’re mine”.  “You belong to me”.  “I’m totally yours”.  “Let me be your slave”.  “I totally surrender myself to you”.  “Do what you want with me”.  “I love you so much I will do anything you want”.  “You’re my everything”.  “I’m completely under your control just like I want to be”.  “I can’t go on without you”.  “Because I love you I will become whatever you want”.  “Use me, abuse me, dominate me, control me utterly and then I will know you love me as much as I love you”.

To the mental health professional all of these statements suggest an underlying drive to retreat into infancy where a person is totally dependent on a parent/caretaker.  A lack of wanting to become self-directed, mature, and growing, improving and becoming increasingly responsible as an adult is infantile and regressive; it’s not what real love is all about.  Healthy, real love promotes growth toward independence, freedom and being more, not less.  So why do many people confuse the desire to regress into infantile dependency with love?

There are a number of interwoven reasons.  One part is what our culture teaches us to think.  Another part involves the freedom from the stress of having to make decisions, and choices and experience the consequences of our choices.  Seemingly that can be achieved by turning your life over to another who will play the ‘parent-like, lover/mate’ role in your life.  However, that seldom turns out well.  More frequently it leads to abuse, neglect, misuse and eventually either rebellion or destruction.  Debilitating dependency on a lover is no better than debilitating dependency on a drug.

There are a fairly large number of people who fear independence because they don’t think they have what it takes to handle it.  They often are attracted to, and join with, very dictatorial, dominating types of people.  There are three big problems with this strategy.  First, dictators are usually secretly weak, fear-based people hiding under a mask of pseudo-strength.  The second problem is the weak person who wants to have the safety of being governed by the strong often slowly grows their own strength.  Then they rebel or break free from their dominator.  The third problem is the dominator may slowly grow real strength and become disenchanted with the weak person depending on them.  They then often become attracted to stronger, more dynamic, self-dependent others.

There are those who are strong, decisive leaders most of the time but want to take a break from the stress of decisiveness and let others run the show, at least for awhile.  That sometimes gets acted out in various sexual scenarios where the usually powerful leader gets to be submissive and dominated.  Then there are those that have been brought up to believe dictatorial leadership and domination are masculine and submissive masochism is feminine.  This too may occur only in sexuality but sometimes it involves a total life position.  When that happens it is very hard to arrive at a democratic, partnered, love relationship of equals.

Lots of insecure, underdeveloped men want a dependent, weak woman for their mate.  Later, as they grow in maturity and ability, they start to get bored with the weak woman at home and are attracted to highly competent, independent females out in the world.  Lots of insecure, underdeveloped females want a ‘big daddy’ to take care of them and treat them like a princess.  Later as they grow in maturity and confidence they want out from under ‘Daddy’s’ control and to associate with more challenging, stimulating and independent equals.  Of course, these are stereotypes and gender specific but they help to demonstrate the concepts here.  Human beings act in all shades of stereotypes and usually not completely like any stereotype.

Here is a challenging thought to consider.  If you want to control, dominate, be in charge, etc. instead of being equal partners, and if you tend to think only one person can be in charge, that someone has to be the boss, have the final say, etc. then maybe you’re not strong enough or mature enough to operate in a democratic love relationship of adult equals.

Likewise, if in your love relationships you want to avoid or lose your independence, be dominated and governed, be lost in dependency and be someone else’s well-controlled puppet then healthy, real love is likely not to be in your future.  However, if a love-filled partnership of democratic equals who work to do life together is your aspiration then healthy, real love has a real chance of filling your romantic and other kinds of love life.