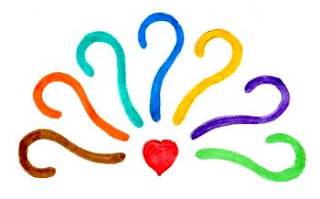 Synopsis: Love and your dating teenager; parent options; puppy love or disaster in the making; what are your odds; adolescent brain chemistry; romantic reality; using the loving way; what if the relationship lasts; more.

Love and Your Dating Teenager

These sort of things happen to many parents when they are in no way ready for them.  It can happen whether or not your teenager is dating but more commonly it occurs after they’ve been seeing someone or secretly dating for a while.  It even can happen after a first date with the youngest teens, but more commonly it happens later with older teens who are surprisingly young, naïve, extremely immature or pseudo-mature.  In other words it can happen to your teenager and, therefore, to you and gravely effect your family.

Huge numbers of parents handle their teenagers "falling in love" experiences extremely poorly and sometimes severe tragedy results.  Some try the authoritarian route of banning teens from seeing each other, grounding their own offspring, taking phones and transportation away, and even locking them in their rooms.

Other parents are wimpy and weak not knowing what to do, so they hope and pray nothing will go seriously wrong but they do little else but observe.  Some, along with other family members, tease, embarrass and make fun of their teens mercilessly.  Still other parents go along, denying their own best judgments, and gambling on the belief that ‘whatever will be, will be’ and it’s all out of their hands anyway.  There are those who try a very logical, lecturing depending on reason’s ability to change adolescent, romantic and sexual feelings.  Then there are the parents that get happy believing the magical thing called love has come down from heaven to enrapture their offspring for all eternity, and the only thing to do is celebrate and go along.  However, subconsciously they also could be suffering from a serious case of denial.

Quite a few parents gamble on a combination of luck and subtle, sabotaging manipulation.  They overtly cooperate and covertly attempt to undermine, while looking for something or somebody better to introduce their teenager to.  Depending on the teenager and the way parents carry it off each of these approaches they may work at least a little, may backfire, or may be totally inconsequential.

Puppy Love or Disaster in the Making

Counseling with the families of murdered and suicided youth is among the hardest work I do.  Teenage ‘jealousy murders’ and ‘breakup suicides’ along with substance addictions start-ups and relapses, plus sexual and criminal acting-out, and sudden serious depression are the worst of what, all too commonly, is called “adolescent ‘love’ experiences gone wrong”.  And then there are the unwanted pregnancies, school dropouts, runaways and countless lesser tragedies that sometimes occur.

It is heart wrenching to hear parents who have lost a child say things like, “We thought it was just puppy love” or “We didn’t take it seriously” or “We teased and joked about it but that’s all we did, and now it’s too late”.  Therefore, dear parents, please approach your maybe ‘in love’ teen with as much careful, parent love and knowledge as you can!  Here are things to help you with the knowledge part.

What Are Your Odds?

The odds are on your side.  The vast majority of adolescent "fall in love" and ‘love affair’ experiences are not serious and do not end in tragedy.  Once in a great while one of them actually turns out to be healthy, real love and it lasts, although that is probably the rarest of all the more common outcomes.  Your odds improve if you use early teen infatuations to help your offspring learn about the differences between teenage pseudo-love and more mature, lasting, real love.  Don’t be surprised if it looks like your efforts are "falling on deaf ears" or that your teen thinks you don’t understand; you will have planted the seeds for them to think about on their own.  It’s also a good time to put in some more emotion’s focused sex education.

The brain chemistry changes that sometimes occur in adolescents who are having a "fall in love" experience can be deadly.  These bio-chemical changes often are temporary but drastic when a breakup occurs.  These changes can happen to the most balanced and mentally healthy adolescents but are more common in youth who also are having other kinds of problems.  A highly functioning, good loving family, along with family counseling offers the best insurance that everyone will get through a teenager’s brain chemistry "love" storm okay, and may even come out the better for it.  The thing to know is no one is exempt from the possibility of such a brain chemistry storm, and the extreme emotions and agonizing dissonance it can sometimes cause.  Certain medications also may be useful.

To protect your children you can teach them the seldom spoken truth that most early, teenage, romantic experiences do not involve real love, don’t last and, at best, are ‘training relationships’ helping youth get ready for the more and better relationships that come later in adulthood.  Again your teenager may scoff at this information and may assume "you just don’t know how they feel"; relate to them compassionately and let them know you do understand, and maybe use some self-disclosure love that reveals times you may have had similar feelings.

We actually used to do a better job at this.  Once upon a time, youth were taught to expect to have short-term "crushes", infatuations, temporary flames, perhaps even a paramour and probably several amorous attachments before the real thing came along.  Today all too many parents support the common, and usually false mythology, that your first love is your real love, and is a love that will last you all your life and into eternity.  This frequently is a set up for heartbreak and serious disappointment.  Remember, Romeo and Juliet did not get even a day of living happily-ever-after.

One of the best things parents can do with both children and teenagers is to educate them about false love.  It’s sort of like sex education.  It’s best started early but a late start is better than no start.  Talk to your kids in short bursts, telling them how they will likely get enamored, bewitched, bothered and hopefully realize they are bewildered by lust and false love experiences, which will be very easy to confuse with real love.

Such experiences can feel wonderful or very troubling but they are very much, not likely to last.  Help them to know that high-intensity feelings don’t automatically mean long-lasting feeling.  Also introduce the ‘radical idea’ that early romance is "beginner training" for the more and better relationships of their future .  To know about false love go to the Subject Index at this site and see the False Love and Myths category.

Avoid dictatorial oppression.  In the long-running, Broadway play “The Fantasticks” two fathers secretly decide they want their offspring to marry each other.  So they hit on a very clever strategy.  They absolutely forbid their offspring to have anything to do with each other.  By the end of the play the kids, of course, are marrying each another.  There is a great truth here.  Forbidding can so often get you the opposite result from what you want.   No matter how much you forbid, try to block, or punish kids for connecting in the modern world they usually can find a way to connect.

Avoid lecturing and presenting lots of logical reasons and preaching.  All that usually just gets you is tuned-out and ignored.  Know that things that effect the emotions have to be dealt with emotionally, and pure intellect so often just does not reach the emotional self.  It’s empathy, compassion, concern, sincerely expressed questions and good listening that can make a positive difference.

Avoid embarrassing, making fun of and teasing.  This just helps your offspring want to hide their truths from you.

Avoid a lot of sneaky lies and manipulations to sabotage your teenager’s romantic involvements because these tactics are not likely to convey love and because they can so backfire.  Truth with love is a much better option.

Avoid doing nothing.  Carefully having a love-based influence is likely to help the most.

I remember a father who absolutely hated the boy he found his teenage daughter in bed with.  At first his rage, fury and denouncements resulted in his daughter running off with the boy.  After some parent guidance counseling this parent decided to use his love and his brains.  He contacted them, and with sincere good will invited the boy and his daughter to dinner, offered to fix the boy’s car and then to pay for the boy’s counseling and even included him with their family counseling.  Eight weeks later his daughter was saying, “I can do better than him, and we are going to just be friends”.  It doesn’t always work out quite that quickly or that well, but it can.  A lot of loving listening and putting your ideas mostly into a sort of curious, concerned questioning can help your teenager figure out what you want them to figure out.

When relationships break up be there for your teenager in a supportive, loving and sometimes pleasantly distracting way.  With all love relationship breakups (false or real) there can be a depression and that can bring an increased suicide potential, so be watchful and careful.

What If the Relationship Lasts?

If your teenager and the one they choose stay in an ongoing relationship with each other – embrace it.  The worst thing in family life is an ongoing war making everything worse and worse.  The next worst thing is an ongoing estrangement, full of long-lasting, ongoing heartache.

When we love it is our job to see if we can love, or at least like, or barring that at least tolerate those who we love choose to love.  If you or if anyone in your family cannot do this I suggest individual counseling, parents with teen or adult offspring counseling or family counseling.  It definitely can and often does work wonders.

As one mother put it, “Our son married a woman so opposite to anyone I could accept.  She was of a different race, religion, class, philosophy of life, politics and lifestyle.  For five years I fought her every way I could think of.  Then they wouldn’t have anything to do with me, and for five more years my son was lost to me.  He came back, talked me into family counseling, and now today, so many years later, I love her like the daughter she became to me.  What a fool I was to lose all those years.  I’m grateful though because I have learned that love can conquer even my prejudice”.

♥ Love Success Question Are you good at, or learning to get good at, talking to your kids about love and also about false love?