Is There Really a New Field Called Loveology? 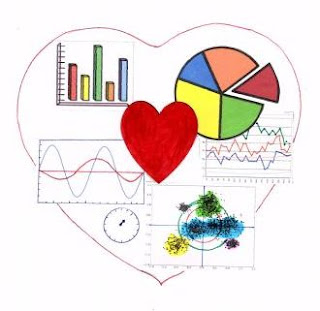 Synopsis: We start with some “hearsay”, then define Loveology, look at its legitimacy, review a little of its odd usage history, ask about the existence of “Loveologists” and what might be a credible Loveologist, religious Loveologist and more.

What Is This I Am Hearing About Loveology?

I ran into the term on the web, heard it in Pecs, a delightful college town in Hungary, then again in Prague, read it in a popular magazine, was told there is a song about it and some sort of school that teaches it.  But what is loveology?  Is it a joke term or something real?  After some research here is what I understand.

Loveology is most simply defined as the study of love.

A more scholarly definition indicates that Loveology is the systematic and methodological, organized search into revealing the nature and dynamics of love in all of its various forms and aspects.  It is also the body of knowledge, theory and information accumulated by historical, philosophical, theological, social, scientific and other related research into the nature and dynamics of the phenomenon known as love and its applications.

Loveology’s recognition as a legitimate, scholarly and scientific discipline is quite recent.  The Russian Academy of Natural History was the first to report that the relevant, accumulated, academic research data was sufficient for loveology to be regarded as a separate branch of scholarly and scientific knowledge.  This was reported in the Russian Scientific Journal of Fundamental Research in collaboration with the Russian Federal State Institution of Higher Professional Education and Russia’s Don State Technical University in the early 2000s.  Since then, a rather large number of studies and other papers have been published, along with theoretical theses concerning Loveology, mostly in Russian.  There is some evidence that in certain Eastern European universities there also may be a beginning interest in Loveology following the Russian influence.

Until quite recently the word loveology only has had what can be called ‘loose’ usage in the West.  It is a word sometimes used as a euphemism for sexuality in certain Western, societal circles but also occasionally in the more legitimate, better recognized discipline of sexology.  The term Loveology also has received a fair amount of usage in certain religious, especially Christian (mostly conservative), quarters.  It also is being used as a sort of ‘joke term’ mostly referring to titillating, romantic involvements, but also in music.

Perhaps because of the influence of the Russian Academy of Natural History, there is evidence that the word Loveology is beginning to be used to refer to the large and growing body of scientific and related research studies bearing on love, not just in romance but in many other forms of love relationship.  These include parent-child, friend, self, cross species, family, comradeship, deity and others.  Additional branches of Loveology’s interests may have to do with love of country, causes, life, ethnicity, political identity, art, music, learning, etc.

Is There Such a Thing As a Loveologist?


There have begun to be some people who call themselves Loveologists.  Most of these appear to be Americans who seem to make a sort of informal use of the word.  Some of them give workshops for the laity, especially couples workshops, and also teach seminars about romance, divorce, passionate love and sexuality, etc.  There are also various kinds of religious clerics putting forth religious concepts and teachings having a theological Loveology focus and they also use the word Loveologist.  Then there are Russian and perhaps Eastern European researchers and professors to whom this word can apply.

Certainly there are a great many people in both the academic and various related professions who already have made substantial, even renowned, contributions to the study of love. They have not been called Loveologists officially but perhaps someday soon they might be.
As there are no widely recognized certifications or authorization systems for Loveologists, the term is open to anyone who wants to use it.  This terminology usage fits with how most disciplines, fields of study and their practitioners start up.

LinkedIn lists Loveologist as a professional job category.  Most of those found there are Americans who seem to have occupations involving sexuality, sex therapy, sex education, Tantric practices, etc.  Some of them seem to have legitimate professional training and credentials while others are more dubious or just different.


The ‘Simple Definition’ of a  Loveologist is anyone who studies love.
A more scholarly definition of a Loveologist would be one who makes a methodical and theoretically based, disciplined approach to investigating love and /or its many issues, aspects and dynamics.  In keeping with the usual standards of how the various, recognized fields and disciplines, and their functions are organized, one also might want to consider the terms “Research Loveologist” and “Applied Loveologist”.

There are those who seem to advocate for a Loveologist being one who studies and applies theological understandings of love.  Some of these seem to focus on drawing from each of the major religions of the world, while others draw from only one religion.  A recent, major contribution, The Encyclopedia Of Love in the Worlds Religions, gives evidence of the more ecumenical focus.  The publication, Loveology: God, Love, Marriage, Sex, represents the singular religion approach which, in this case, is a fairly conservative Christian one.


Loveologist has sexual connotations in some societal circles.  It, perhaps somewhat inappropriately, has been used as a synonym for sexologist.  Loveologist also has a more loose and sometimes humorous usage referring to sexual hedonists.

The Future of Loveology


In Russia, Loveology seems to be off to a good start to becoming a recognized and accepted field of study.  The Russian academic influence is strong in the universities of Eastern Europe, though all institutions of higher education increasingly are turning toward the West and becoming much more internationally integrated.

When any academic area of research becomes established in a portion of the world, it becomes much more likely that it starts to be accepted elsewhere.  Whether or not this will happen with Loveology, is to soon to tell.  If it does, a great increase in the research-based understandings of love and its dynamics is likely.  That conceivably could lead to the world becoming a much more love-healthy and love-filled place.  That is my heart-felt hope.


♥ Love Success Question:
If someone offered you a chance to take a course in Loveology, would you?