Is a False Love Divorce A Good Thing? 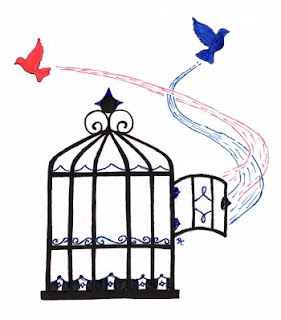 Synopsis: We start with a case of happiness guilt; go on to the many differing ways marriage, breakups and divorce are seen; religious issues; and end with the quest for real love and its great importance.

A Case of Happiness Guilt


Lorenz and Selah both felt a bit guilty and wondered if they should feel a lot worse than they did.  Both felt relief and a wonderful sense of relaxed freedom they had not felt for the three years of their unsuccessful marriage.

In couples counseling they jointly had come to the conclusion that their relationship could not work, that they were in no way right for each other, and that they should give up trying to make something that was harming both them and their two-year-old daughter.  After searching deeply and broadly, they came to the conclusion that the underlying problem was they did not have a real love for one another.

What they did have was two forms of false love.  Examining major forms of false love, Selah saw that she had been fooled and trapped in the False Love Syndrome known as an IFD Pattern. Before she discovered this, the false love marriage nearly had ruined her life.

Lorenz knew as soon as he read a paragraph describing the False Love Syndrome called Spouse Acquirement Syndrome that this indeed was exactly what he had done and he had fooled him into believing that he really was in love with Selah.  He saw he wanted to believe it was real love but in truth subconsciously he knew he had to acquire a spouse because that is what men in high success careers are supposed to do.  He admitted to himself that success was all that mattered to him at that time and so he found an acceptable woman and did what it took to ‘catch’ her, then he married her.

This couple decided that ending a falsehood actually felt good and in doing so they were giving themselves a chance to find new, real love.  They were quite relieved because this decision ended their incompatibility fights, their mutual growing sense of hopelessness, and all their fake and phony efforts to pretend they had real spouse-type love for each other.  In the process they became much better, cooperating parents.  They then were relieved to see that their daughter was growing happier now that they were happier.

They both came to suspect that maybe their marriage had done what it was meant to do –  produce a marvelous child and maybe help them grow up and better understand love itself.  They came to think that they never really had a real marriage because they had never been in real love with anything like a loving psychological and spiritual unity.  Divorcing, they put their energies and time to better use not only for their daughter but for themselves and other family and friends also.

For Lorenz and Selah getting a divorce basically was correcting a serious, life path mistake giving them the opportunity to find a more real and healthful path.  As this understanding soaked in, their guilt faded and both felt the relief of stress and strife from not having to live a lie anymore.

How Others Saw It


The friends and families of this couple had a great many, contradictory things to tell them about their divorce decision.  Together they made a summary of what they heard.

“Marriages are made in heaven and, therefore, it’s wrong to divorce!”

“Real marriage is made by two people who have real love for each other and are psychologically and spiritually bonded together by their real love.”

“Marriage is a cultural contrivance we all have been brainwashed to go along with so society can be organized, stabilized and controlled.”

“Marriage is a gift of God and a contract between two people with God.  It starts on earth but goes on for eternity.  Therefore, all divorce is  breaking a covenant with the divine and you will be punished for that.”

“Love and marriage are just fairy tales we try to make real, and they were invented to keep people together while they start a kid and that’s all they really are.”

“Divorce is a good thing because it helps mix the gene pool, and besides that nature didn’t intend us to be with just one partner for all our life.”

As you can see from their summary, they were barraged with many views, at odds with each other, about these subjects.  So, what is your view?  Also is your view based in what you have been trained to think or is it something you have come to on your own?


In my marriage and family counseling work as a relational psychotherapist, I have on a number of occasions been asked to do Catholic Marriage Tribunal evaluations for people seeking an annulment.  This was so they could have a new church-sanctioned and blessed marriage in a Catholic Church with a new love of their life.  A basic question to be answered is “Was the former marriage a real marriage?”  One of the several concepts used to assess that question is to ask “Was the marriage based in a real love, a false love or something else?”

A corollary question has to do with whether or not there was a psychological condition, problem or illness involved which impeded the marriage from becoming a real marriage?  The identified False Love Syndromes help to answer this question.  Each major pattern of probable, or possible, false love indeed can be seen as evidencing a psychological problem, condition, or be related to a psychological illness which is especially obvious in a case of Fatal Attraction Syndrome.

It especially has been pleasing to me to see various prelates of the church take the question of real and false love into consideration in their deliberations.  It also is gratifying to have various ministers of several faiths use real love and false love concepts as they grapple with various issues of marriage and divorce.

There is growing evidence that changes are occurring in various religious bodies regarding love, marriage and divorce.  Those changes show greater flexibility and more loving forgiveness, as well as greater understanding occurring in these often problematic arenas.

Many of the world’s religions, or at least branches within those religions, are quite accepting of divorce and divorcees, but many are not.  The evidence I am aware of suggests that in many parts of the world, religious institutions of many kinds are taking a less condemning, less judgmental and less rejecting approach to these issues, than they have in the past, and toward the people struggling with them.  From this mental health professional’s viewpoint, that is a very good thing.  However, no small number of others disagree with me on that.

The Quest for Real Love


More and more people around our planet want to live in an ongoing, spouse-type, partnership relationship based in real and lasting love.  Sure, there are lots of other reasons people become couples or get married.  It can be for sex, safety, status, propriety, money, custom, to feel okay about themselves, and a host of other things.  But even in those unions there usually is some hope that the relationship will grow a real and lasting love.

The unseen problem for so many is that a false love might ensnare large numbers and lead them astray into what often turns out to be a life-harming disaster.  When a breakup or a divorce happens because people were in a false love and an ongoing catastrophe, is a divorce primarily a bad thing or a good thing?  Is it the correction of a mistake or just another additional mistake?

So many have been taught that all divorce is bad, wrong, sinful, etc. but the world seems to be changing in regard to that.  Some think the importance of real love is in ascendancy over the importance of marriage.  No small number of pundits bemoan the high divorce rate in many lands, and also consider couples who breakup after living together to be equally bad.  But if the healthiest way to live is in a real love relationship, as much research points to, isn’t ending a false love in order to set people free to find real love, more positive than negative?

There are those that think there is no such thing as real love, but more and more studies in the brain sciences and in a host of other research fields indicate otherwise.  Of course, in many cases there are all sorts of other, intervening variables which affect the outcome of both a marriage and a divorce.  But all-in-all the quest for a real love relationship is being shown to have greater and greater importance.  Sometimes the quest seems to necessitate going through a breakup or divorce, and getting to the other side where real love can happen.  What do you think?

♥ Love Success Question: Do you know enough about what constitutes healthy, real love and what the signs and symptoms are for false love?