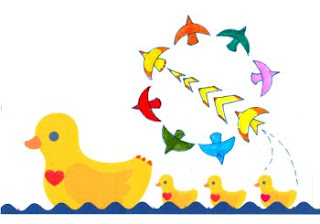 Portia was in the center of an intriguing mystery and with some consternation she told about it at a collegiate Love Success Workshop for graduate students.  Portia said, “My grandmother called me fickle.  Am I fickle?  I was telling my grandmother about how I keep falling for guys with beards and that’s when she called me fickle.  A while later she got out an old scrapbook and showed me pictures of my father holding me when I was two years old.  Wow, was I surprised to see that he had a beard just like the kind I like a guy to have.

Does this mean I’m in love with my father and I’m looking for him?  If it does am I condemned to go from one guy to another forever because I’ll never find my dad or a bearded guy just like him?  Actually, I really would not want to find a guy like my dad.  Does this mean I have to give up on guys with beards?  I really don’t want to do that either.  What’s this all about and am I really fickle?  I’m so confused.”

Portia’s question-thinking gave a sort of Freudian interpretation of her romantic interest pattern.  However, there are some other ways to understand this sort of attraction dynamic.  While looking at several other possible explanations Portia suddenly said, “That’s the one.  That’s it.  That one feels really right.  I’m caught up in an Imprint Mating Syndrome.  That explains everything.”

Do humans, as well as certain birds and other animals, do imprint mating?  That is a rather debated topic in some circles.  We know that early youth imprinting exists but does it have anything to do with how and why people, or other animals, later choose love mates?  Some argue “yes” and some “no”, and some say it’s only true for a few people, but others say maybe it’s true for everybody.

To understand imprinting think of baby ducks.  The first thing baby ducks see moving they start following after an ‘instinctual critical period’ starts.  They follow it faithfully and for quite a long time.  Usually what they follow is a mother duck, but it could be a dog or cat, a mechanical toy, or even you, or just about anything that moves around or away from them – not to fast.  The baby ducks imprint the image of the moving thing that usually is their mother and they follow it, no matter what it is.  When the image source manages to get away for a while and then returns the baby ducks see it, rush to it and follow it again.

Later when it comes time to get interested in mating imprinted animals may go through another critical period, or biologically determined window in time, in which if they see something quite similar to whatever they imprinted on they then get fixated on it, and want to be with and around it a lot, and before long they want to be sexually involved with it.

Do Humans Do Imprinting and Imprint Mating?

No one knows the answer to these two issues for sure, but many think the answer is “yes” to both.  The thinking goes something like this.  As a human you may go through a biologically determined ‘critical period’ where you are very vulnerable to certain things happening, like imprinting.  In this ‘window of time’ you tend to imprint on whoever is loving you best when you are a child.  It could be a parent, a big sister or brother, or some other caretaker.  Then again in adolescence you may go through another ‘critical time period’ in which you become fixated on someone who looks, or sounds, or smells, or feels, or moves like the loving caretaker during the ‘critical time window’ in your early childhood where you first imprinted into your brain a love-giving figure.  When this happens you feel urges to go to that person, to be around them, connect with them, and eventually have sex with them.
This could explain at least some preteen and teenage crushes, infatuations, romantic obsessions, and early sexual involvements – especially when it involves compulsive attraction with a much older teen or adult.

If your primary, loving caretaker during your ‘childhood critical period’ had long hair you may always be attracted to people with long hair.  If they were always singing you perhaps will be drawn to singers.  If your loving caretaker talked slowly you may find slow talkers fascinating.  During adolescence, or young adulthood, or perhaps older ‘repeating critical periods’ you may obsess on people with the right traits as described in another imprinting theory.  After the critical period ends the whole system may turn off and stay off, allowing you to go on to real love.

All of these dynamics operate only for a while and then the ‘critical period window of time’ closes.  When that happens you may still find yourself drawn to people who have the imprinted characteristics but no longer are they as captivating and enchanting as they once were.  Then again you may be left wondering “what in the world was I doing and why was I ever attracted to people like that”?

Now, suppose you are caught up in the dynamics of ‘imprint mating’ and you get married, get pregnant, or at least get really committed to someone and then the ‘imprint mating window’ closes.  Well, for most people that is a very unsettling, confusing and trouble-making experience.  Perhaps rather suddenly you are no longer in love with the person of your imprinting, or you are getting interested in somebody else for different reasons, or you just are no longer drawn to who you previously thought was the love of your life.  Perhaps this accounts for a good number of cheating incidents, affairs and breakups.  Often a lot of hurt can be involved with a person who is relating to you only because you fit their imprinting model and then when the ‘critical window’ closes they are no longer interested in you.

No one I know of really has proven that the relational dynamics just described really happen, but there are case histories which seem to strongly support the theory that they do occur.  Some think these dynamics are in our DNA but they are not really strong enough in most people to really control love mating behavior.  Others see them as extremely strong, at least during the critical period itself.  If they do exist it probably is one of mother nature’s many ways to get us to mate, mix the gene pool by having babies with various different parent partners and, therefore, keep our species surviving and improving genetically.

Could This Syndrome Be Love?

“No” is the answer to this question.  These relationship dynamics do not last and usually don’t involve the protection, nurturing and healing components of real love.  During the ‘critical period’ of attraction there may be anti-love behaviors showing up in the form of possessiveness, jealousy, suppressive controlling, and other destructive obsessions and compulsions.

Could This Syndrome Turn into Real Love?

It seems like the answer to this should be yes and that probably is possible, but also probably very unlikely.  The available evidence to date, such as it is, would lead us to conclude and advise – don’t count on it.

Can This Syndrome Lead to Harm?

It is thought that a good many teenage and young adult romances, and younger person infidelities may be a result of imprint mating dynamics.  That means very serious and strongly emotional things will be going on and being handled by rather immature people.  In that case the recipe seems to be one for frequent disasters occurring.  Romance and breakup related depressions, anxiety reactions, violent episodes, breakdowns, murders and suicides are all more likely with immature individuals trying to handle the difficulties involved in love and sex relationships in general and ‘imprint mating syndrome’ would probably make all that worse for at least some people.

Can Imprint Mating Keep Happening to You?

No one knows for sure but it seems likely ‘imprint mating’ can happen, at least in some people more than once.  There are cases in which people seem to have gone through these relational dynamics in a repetitious, fixated manner, over and over again.  This probably would not be true for most people given what we know about imprinting in animals.  When real adulthood is achieved the mechanisms of imprinting are thought to extinguish.  So, the likelihood probably diminishes with real maturity.

What Can Be Done Not to Be Harmed by the Imprint Mating Syndrome?

By far, the best thing to be done is to be well-informed about this syndrome and to watch out for it.  If you get romantically involved in a way that seems to be compulsive and obsessional, talk it all over with loved ones, family, friends and perhaps a love knowledgeable counselor.  If your friends and family tell you the one you are fixated on is bad for you or just doesn’t fit you, go very slowly.  Test the relationship in lots of different ways and give it lots of time.  As you do so, examine your own childhood and especially those who were your loving caretakers, looking for similarities that might suggest you imprinted them.

If you are particularly attracted by or fascinated by certain odd and probably not really important traits or characteristics be extra careful.  Then compare what we know about healthy, real love to what’s going on with you and see if those things really match up.  For doing that comparison I recommend reading the Definition of Love and its discussion and elaboration entries on this site.  After that I especially suggest going to and making use of the entry at this site titled Healthy, Real Love or Toxic, False Love and its 20 factors checklist.  Love-knowledge and love-practices are great protectors from hurt and harm.

♥ Love Success Question Do you have a particular set of small and perhaps logically unimportant characteristics you just absolutely have to have in a love mate?