Conclusions, Confounding and Corrupting Your Love? 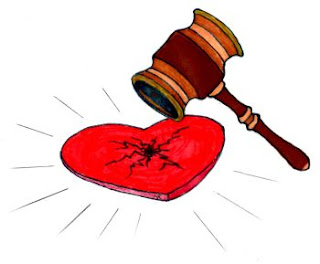 Synopsis: This mini-love-lesson explores the questions – Are your conclusions your secret enemy, can two people see reality the same way, do you know if you are ‘conclusion-sabotaged’, and what to do instead of conclude and thereby avoid your love being conclusion-sabotaged.

Are Your Conclusions Your Secret Enemy?

Andrew concluded Barbara was cheating on him so he broke the relationship off.  Caroline concluded Doug was trying to suppress and control her so she began to lie and deceive him.  Edward concluded her family hated him and, therefore, she probably did too, so he gave up having anything to do with them and started having fights with her.  Fiona concluded she would never be good at sex, then she gave up on it.  George concluded Helen kept thinking about men with bigger penises than his and, therefore, she was dissatisfied with him, so he got depressed and felt hopelessly inadequate.

Inna concluded she did not have what it took to have and hold a man’s love, so she retreated into living alone and lonely.  Jeff concluded Kaylee reading romance novels meant she wanted somebody else, so he started spying on her.  Lorraine concluded Mike did not love her because he could never figure out what she wanted without her asking for it, so she started looking for love elsewhere.  Donald stopped talking to her when he concluded she never would listen to him because she always interrupted him.

It turned out all these different people’s conclusions were wrong.  And these conclusions helped destroy, or nearly destroy, relationships that might otherwise have worked better if the people making the conclusions were not so very certain they were so very right, so very often.  Even when some of their conclusions were partially right, holding so firmly to those conclusions blocked them from being able to really hear any alternate or differing perceptions or opinions from their loved ones.  This resulted in them being strongly sabotaged and destructive to having love-filled interactions.  More than one disheartened person, breaking up with another, has said something like, “You think you’re always so right; You are wrong, and that’s why I’m done with you.”


Phenomenologists,, including those psychologists and brain scientists who study how we perceive and understand what we perceive, have concluded that the answer is emphatically NO!  No two people understand anything exactly the same way.  Every perception of reality in one mind/brain is at least in some small and perhaps important way, different from every other mind/brain.  When you get deeply into it, you find out every person thinks and feels at least a little bit differently than every other person about everything.  Here are some common examples of how we do not experience reality the same as others.  Food that is good on one person’s tongue is not on another’s.

In the same room, one person feels cold, and another hot and a third just right.  The colors you see are not exactly the colors anyone else sees according to vision research.  If your perceptions and understandings of how simple things like these are different, think how different you are from others concerning complicated things.  This means your truth is not other people’s, and their truth is not yours, at least not exactly.  Just like our fingerprints are not exactly the same as anyone else’s, so too are our thoughts and feelings.  At least that is what the preponderance of scientific evidence indicates.

You may be rather right about something, but someone else may be more right, or essentially also right but from a very different perspective.  That means what you have concluded is obviously true and perhaps, to you, simple to see and understand but it can and will likely be seen differently by someone else.  Also many things may be legitimately perceived by others as contradictory to what you perceive and understand.  Looking from different perspectives, you both may be right, but without each other’s perspective you may come into conflict with each other.  Remember, the blind man who holds the trunk of the elephant, and the blind man who holds the tusk, hold very different realities about what an elephant is.  Both still have a lot to learn about what they are so certain is ‘the truth’ about what an elephant is.  Sometimes you and I, and everyone are a blind man.

There are people who hold each of these conclusions to be true, and they can present evidence to support their position.  Some would say there is some truth in each of those statements.  Others would say each of those conclusions is true for some people and not for others.  Still others might say what is cheating to one person is not to another.  Interestingly, even when two or more people hold any one of these conclusions they may choose to act very differently from one another because of that conclusion.  But, of course, whatever you think about cheating is absolutely right, and without question, and should be considered obviously and completely true by everyone else.

Do You Know If You Are ‘Conclusion Sabotaged’?


“I know you’re upset with me.”  “You did that just to get back at me.”  “I know exactly how you feel.”  “I know what you’re thinking.”  “You never change.”  “I know perfectly well why you did that.”  “I know it didn’t happen that way, so you must be lying.”   All these kind of statements indicate the likelihood that collusion-sabotage is occurring.  It is sabotage to a relationship if you think or talk this way, because these types of declarations all represent the likelihood of being blind to alternate possibilities.

Thinking that way makes you vulnerable to negative surprises.  If you are communicating with these types of conclusionary statements, you are likely to be coming across as close minded, dogmatic and dictatorial.  That usually is very sabotaging because it frequently helps people want to either prove you wrong, or hide their truths from you, and eventually distance themselves from you.

Listen to how different these ways of saying the same ideas might be said.  “I’m guessing you’re upset with me, and I’d like to check that out.  What are you feeling?”  “Could it be that you did that because you want to get back at me for something you think I did?”  “I think I have felt things sort of like what you’re feeling, so I kind of understand what you’re going through, and I care.”  “Let me guess what maybe you’re thinking.

Then tell me if I’m close, or if there is an alteration needed so I can really understand you.”  “I have ideas about why you may have done that, but suppose you tell me what you think.”  Both thinking and talking in this more open and exploratory way, more frequently, leads to better communication and improving relationships.  So the good news is, if you or a loved one are conclusion-sabotaging, you can change to a way that  usually is more harmonious, connecting, complete, accurate and successful.  It also is a more loving way of going about things with a loved one.

What to Do Instead of Conclude?

The first thing to do is to ‘own up’ to the fact that you are human and humans frequently have blind spots, jump to false conclusions, become solidly sure of things that are not true, have problems with accuracy, and seldom are great at seeing the larger picture.  Humans also distort their perceptions of reality by way of their own past experiences, their own inner needs, what was modeled for them growing up and by conclusion-drawing-systems trained into them by family and culture.  Furthermore, humans usually don’t know that there memories tend to change over time.  Since your human, you are subject to all of that, so it will behoove you to stay aware that what you think and conclude may be improved on.

The second thing to do is to change your conclusions into ‘guesses’.  They may be excellent, well-informed guesses, frequently spot-on guesses, and guesses that may have worked very well for you in the past, but none of that means your next conclusion (‘guess’) is right.  Suspect the Bible is right when it says “we see through a glass darkly”.  You can hold strongly to your guesses so long as you are open to hearing alternate possibilities, and open to receiving new and different input.

If you think and talk with the idea that you are making estimations, possibly flawed judgments, and at best only tentative conclusions, your thinking and your communicating likely will work better.  If you turn all your conclusions into hypotheses, often best checked out with the input of others who think differently than you; then take the input you get into account, and see if you can improve or elaborate on what you think; my guess is that things may go smoother in you communications with loved ones if you so this – so try it, OK?

The third thing to do is gamble on ‘your best guess’ and do it with strong confidence but know it is a gamble.  You are human, therefore, you may be mistaken, wrong, insufficiently accurate, right in some part but not in another, in need of more data, ill-informed, or only partially knowledgeable.  You may wish to abide by the adage that says “only God knows, and the rest of us are guessing as best we can”. With this approach we often are able to become much more open, democratic, accepting, tolerant, searching, and likely to arrive at better conclusion-guesses.  We also are much less likely to be conclusion-sabotaging, or let other’s conclusion-sabotage occur.  Now know, you don’t have to conclude that any of this is true!

If you hit an impasse with a loved one and can not understand or accept a differing view, I suggest saying, without rancor, “We just see that (or remember that) differently”, and mean it, not concluding one of you is right and the other is wrong.

♥ Love Success Question
What do you think of the statement that says “You can be right, or in a relationship – but not both at the same time”?