Can We Love Too Much? 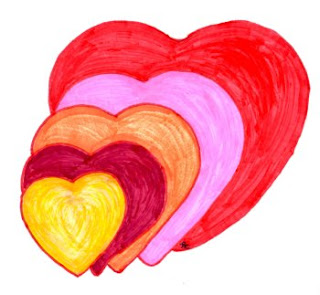 Synopsis: This mini love lesson on whether we can love too much starts with two brief case examples of the problem of big hearts that eventually empty out; then presents a cure for the problem; and an answer to the core question; what must be unlearned and learned is discussed; an understanding of needless self-sacrifice is woven in; and closes with an “I win, you win, nobody loses” approach and goal.

Gloria had a big heart.  She gave, and gave, and gave to those she liked and loved.  The trouble was, no one gave her much love.  Nevertheless, she just tried harder and harder, sacrificing herself for everyone.  She occasionally got some appreciation and thanks, but not much.  Then one day she collapsed.  She literally had ‘given out’.  When it came time for her to leave the hospital, she didn’t want to go back to her marriage, her family, her friends or her work.  She was pretty sure she would just do what she done before and that would lead to another breakdown and collapse.

In the hospital Gloria met Jake, who pretty much had the same story except with a little different last part.  He had given too much of his time, energy, money and everything else he had to those in need and those he loved.  Just like Gloria, he didn’t get much back.  Sometimes Jake complained a bit and he often wondered why he felt so empty.  Then a day came when he just stopped doing for others, but he did that differently than Gloria.  He suddenly started ranting and raving.  He broke things, threatened and cussed at everyone including his priest, and he scared a nun half to death at the hospital.  Then he was overcome with guilt and shame.  Like Gloria, he also did not want to go home because he thought it would all repeat and he would suffer the same consequences.

Had Gloria and Jake loved too much?  Some family and friends said that was the problem?  Can we be too loving and too good to those we love and care about?  Can we run out of the love?  Isn’t love supposed to work like thoughts – the more you give them away the more you have?

The Answer and the Cure

Gloria and Jake found the cure to their problems and answers to these questions in counseling.  There they discovered, learned and deeply digested a new way to understand a very old teaching.  They both learned that they must do a far better job of attending to the second part of the 3000 year old teaching that tells us “to love others AS YOU LOVE YOURSELF!”  In essence, Gloria and Jake had not loved others too much, they just hadn’t loved themselves enough as they went about loving others.  With the help of loving and wise counselors, Gloria and Jake were guided in learning the skills of healthy self-love, and how to ‘add it to’ and ‘integrate it’ with their way of giving love to others.

Basically, the answer to the question “can we love too much is?” is this.  We cannot love too much, but we can love unwisely, in imbalanced ways, in corrupted and contaminated ways, and in dysfunctional ways.  We also can do several forms of false love, thinking that it is real love (See Forms of False Love Identified, discussed and listed in the Titles index, under F of this website).

It wasn’t easy for Gloria and Jake.  The hardest part was to unlearn lifelong training in ‘putting themselves last’ and instead ‘holding themselves to be of equal importance’ to others.  Learning to treat the self well, giving one’s own self equal care, energy and time (except in true emergencies) and not feel guilty about it was also tough.  At first Gloria felt quite selfish, just like she had been trained to feel.  Then slowly she experienced and saw others and herself, both benefit more by adding healthy self-love to her way of going about life.  Jake came to the realization that in the long-run, he had more to offer others by way of learning the ‘how to’s’ of healthy self-love added to the love of others.

It was painful for Gloria and Jake to learn that much of their self-sacrifice was needless, and sometimes even harmful to others.  It sometimes got in the way of people learning to do for themselves, and occasionally it had a weakening effect on those they cared about.  It also could promote unhealthy dependency tendencies, and once in a while worked to just reward others for being takers.  They saw that by giving people a chance to do for themselves, they helped them build self-confidence and self-reliance.  They learned to come to the aid of others much more cautiously, and wisely, and mostly after those they cared about had made their own considerable efforts.  But this was new, strange and surprisingly difficult for both Gloria and Jake at first, but they did get the hang of it and they increasingly grew to like these new, more successful ways of loving.

The ‘I Win, You Win, Nobody Loses’ Goal

Loving others and putting myself last makes it more likely I will be the loser.  Loving myself first and foremost and treating others as less or last makes them likely to be the losers.  However, if ‘I love myself as I love others’ there is a much better chance for us all to be winners and there be no losers.  This, I suggest, may be the secret wisdom and goal of the ancient teaching – Love others AS you love yourself.


Right now, can you think of any way to offer love to someone else, and at the same time give yourself some love?