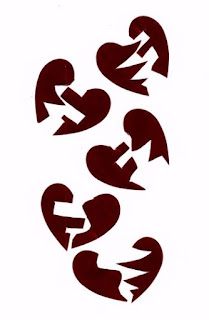 Synopsis: We start with worst-case incompatibility getting unstuck; then go on to compatibility choices; the better other choice; some how-to’s; deal breakers; and the great importance of experimenting.

Tabitha, with tears running down her cheeks, wailed to her lover, Jamail, “We’ve got to face it!  We love each other but we are just two different.  We can never make it as a couple”.  Jamail looking very distressed pleaded, “We should try anyway.  Are we not taught that love conquers all”?

Tabitha responded, “You’re deep into your religion and I am an agnostic.  You are a capitalist and I am a socialist.  You want sweet and tender lovemaking and I want rough and tough passion.  You want to live in different countries and move around a lot and I want to put down roots and stay in one place.  You want to make a lot of money and retire early and just play.  I want a lifetime of doing good to others and giving back to my community.  You want rice with everything and I am allergic to it.  You want a passel of children and I’m not sure I even want one.  How in the world can you think we could ever be compatible enough to succeed?”

Jamail, with a strong, serious look replied  “I think we could each give up some things for each other, compromise on other things and just try hard not to fight about the rest.  I’m ready to sacrifice because I love you so much, and I know it’ll be hard but I bet we can do it if we try hard enough.  Do you love me enough to do that?”  Tabitha with a sad, soft demeanor replied, “I do love you more than enough to try and I think we could make it work for a while, but if we sacrifice, later we will grow resentful and depressed because we would be denying our true selves and I don’t think that can ever work”.

Jamail retorted, “Even if that’s true, we still try and if it doesn’t work we would know that we had done what we could.  Unless we try will never know for sure. I would hate to think that if we had only tried we might’ve made it”  Tabitha said, “I guess you’re right but I don’t want to spend my life trying what you suggest.  I have seen to many others do that and they were too incompatible to make it work.  I refuse to live like them.”  Jamail then beseeched, “Give it a year, six months, even three?  Tabitha with a hint of a smile responded, “Six months with the option to renew for six more – okay?”
Jamail quickly answered, “OK, and look at what we’ve just done.

With love and talk we have arrived at a compatible, next step from our mutual incompatible positions.  Maybe that’s a good omen.”  Tabitha laughed and said, “I don’t believe in omens but you’re right, and okay we can give it a try so long as we keep showing each other love during the hard times we are going to have.  I know if we don’t mix love into the times we get upset with each other, we will never make it.”  Jamail then said, “I know I have to do a lot of work to do in that area, and that is the first place we have to grow more compatibility in to make the rest of it work.  So, when I don’t come across loving enough, just remind me, and if it’s okay with you, I’ll do the same with you.”  Tabitha added, “Sometimes we both will need timeouts, so we have to not pester each other or get more upset with each other’s timeouts like we have before.”  “Yes, and see we’re doing it again; we’re working it out, replied Jamail.  Hugs and kisses followed.

Most people seem to think that compatibility is something a couple just has or they just don’t have.  One finds it or can’t find it, or just hopes it will magically show up one day because they are so in love.  Our love mythology leads so many people to think couple compatibility is all a matter of luck or fate.  So, when they don’t find it they just break up or resign themselves to their miserable incompatibility destiny.

One problem with that view is that it takes a fair amount of time to figure out whether or not you are sufficiently compatible or not.  Lots of couples caught in a False Love Syndrome, slowly or after a few years of trying, sometimes suddenly raise into their awareness how incompatible they really are.  Several False Love Syndromes seem to be particularly good at blinding people from seeing their incompatibility.  Many such couples go into denial and repeatedly struggle on, until they finally do give up.  Some of those who give up, stay in the relationship trying to just live with and tolerate the incompatibility.  Several forms of False Love Syndrome lend themselves to overtly tolerating the incompatible difference while secretly or subconsciously looking for a new love that is real, and hoping to switch to a new, more compatible, better person.  That leads to affairs, divorce, and breakups.  It sometimes does lead to a much more compatible, real, love relationship that is far better, and other times not.

A lot of people do just find someone who is sufficiently compatible and that helps tremendously.  Nevertheless, such couples later do discover difficult differences and have to work at growing their compatibility.  Lots of couples, after the so-called honeymoon period, start discovering hidden differences and incompatibilities, some of which can severely sabotage or totally torpedo a couple’s relationship unless they start doing the work of growing their compatibility.  The research shows that no matter how compatible a couple starts out, they will experience compatibility struggles.

The Better Other Choice

Here is that really good news. More and more evidence points to what ‘successful couples actually do’ is not ‘find’ but instead ‘grow’ their compatibility.  Sure it helps to start out with at least a little compatibility, but even without much there is a way.  With enough healthy, real love, the right knowledge, plus dedicated and democratic, earnest teamwork, many, even severe incompatibility problems often are able to be overcome.  You see, Tabitha and Jamail are now 10 years together and most of those very happily together years.

See if you can wrap your head around the concept of lovingly and democratically growing compatible.  This actually is what most highly compatible couples have done.  Some of them started out with extreme incompatibility.  Of course, the more incompatible a couple is the more work it probably is going to take.  It is not magic, luck or fate.  It is work, or more exactly ‘teamwork’ that makes couples grow increasingly compatible.

Some How-To’s for Growing Compatibility

To start growing compatibility, you first might want to work on your ‘Toleration Love’. Tolerational love is one of the eight major groups of behavior by which social psychologists have shown that love gets given or delivered to another.  (You can read what you likely need to know about ‘Tolerational Love’ in Recovering Love.  There are several mini-love-lessons at this site which also will help.)  While you are growing compatibility, toleration love can get you through the disappointments, aggravations, irritations and frustrations of your incompatibilities.  One exception has to do with seriously unhealthy, destructive behavior.  There, it is important that your toleration not be enabling whatever is destructive.

A democratic approach and mindset is pretty much required.  If you have a “my way or the highway”, autocratic approach or mindset, growing compatibility does not stand much of a chance.  Two people in a relationship have to be willing to try each other’s ways, hear and consider each other’s thoughts no matter what they are, and have good emotional intercourse about everything felt (See the mini-love-lesson on Emotional Intercourse).

Constantly mixing in expressions of love in words and acts as you deal with whatever seems incompatible, and doing a good job of ‘Receptional Love’ at the same time makes the work of growing compatibility easier and more likely to succeed.  Be sure you do that in the way the one you love likes to be love (You might want to consult “The Five Love Languages by Gary D. Chapman for that).

Work to avoid ‘love destroyers’ and sabotage systems.  Especially important to avoid is diminishing your demonstrations of love in frequency or strength when dealing with incompatibility issues.  Also super important is to avoid demeaning your loved one because of their differences from you.  Guilt trips, putdowns, blame, indignation, making fun of, making derogatory comments, moralizing at your beloved, etc. are in no way helpful for growing compatibility.  Sometimes ‘making light of’ and having some fun with issues can be helpful if sufficiently, mutually enjoyed.  Slowing or stopping the demonstration of love is likely to be very detrimental.

Zea broke it off with Max a few days after their fifth get-together when he lit up a cigarette and explained he really liked smoking and had for years.  She knew she could not live with a smoker, having gone through the excruciating smoking-related cancer deaths of both her parents.  Her healthy, self-love would not permit it or risk it.  It had been far too painful.  Understand that, Zea was not being judgmental or condemning Max for smoking.  Zea was just realizing and ‘owning’ what was true about herself and acting on that knowledge.  She did explain it to Max and he tried to quit smoking, but gave up the effort after a little while, so Max and Zea were no longer ‘an item’.
This is pretty much the best way ‘deal breakers’ work.

No one needs to be unloving about it.  The truth is, some incompatibilities for some people are too big or too strong.  I like to suggest that couples who think this may be true for them in some area or another, first experiment with seeing if they can find a compromise, or a synthesis, or any other way to deal with whatever the incompatibility is all about.  Couples’ counseling can be a big help here.

The Importance of Experimenting

It is amazing how often experimenting leads people to genuinely like and be enriched by that which they did not like or want as it first was presented by their beloved.  It’s also amazing how often a synthesis with a beloved’s ways develops a new and third better way for both.  Experimenting and working to find the value in the differences a couple brings to each other is a grand way of growing compatibility.