Anti-Love Myth # 3: Your First Love Is The One You Are Meant To Be With 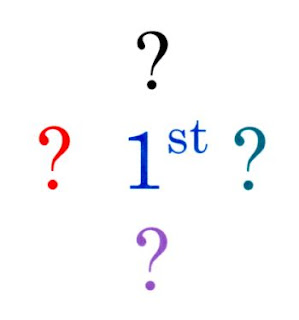 Synopsis: This mini-love-lesson starts with a look at the romantic gospel; gives a true life example of this first love myth’s destructive effects; explains how love truth is better than love myth; looks at “love the second time around”; followed by how we could teach love a lot better and ends with how love and truth go well together.

Romantic love myths sometimes are believed much like Sacred Scripture.  Take Sharon’s tale of first love romance for example,  “Before I reached my 10th birthday I totally believed in romance.  I had my Ken and Barbie dolls meet for the first time and fall in love with each other forever.  There would be no one else for either of them.  In heaven, or wherever these things get decided, they were meant to be together and that was that!  Any deviations were heresy.

“Then at sixteen I met my ‘Ken’ whose name happened to be Archie.  He was 18, owned a car and was ever so yummy.  We were great together for about eight months in spite of my parent’s cautionary disapproval.  Then his interest in me seemed to wane and his interest in others became noticeable.  Because I knew we were meant to be together I fought to keep him in ever more desperate ways.  We broke up and went back together again and again for the next four torturous years.

“ I gave him false compliments, phony praise, ridiculous favors, wild sex, money, absurd self-sacrifice, endless forgiveness and everything else I could come up with to keep him.  I so deeply believed we were meant to be because he was my first and, therefore, my only true love – just like the myths I believed in as a child.  In the end he ran off and married a girl I didn’t even know he knew.  I became suicidally devastated.  My one true love, meant only for me was lost to me because of some unknown sin or fault of my own (or so I believed at the time).

“ For a long time I thought I would go through life without love, if indeed I even stayed alive.  With the help of friends and counseling I finally half heartedly did start dating again, pushed by my friends. That led to a friendship with Jamison.  As our friendship grew it turned into a ‘friendship with benefits’ and then a real love grew which is so different than what I had with my “Ken myth”.  I do grieve and mourn  the wasted years and the emotional pain I went through trying to make my love myth my truth but now I don’t grieve for a ‘first and only love’.  I see I was a hopelessly naïve little girl believing in romantic fairy tales that can lead people to utter destruction.”

The Truth Is Better Than The Myth

Consider this: for a great many people a first love basically is a training experience.  First love can be thought of as nature’s boot camp for getting us started on a path that can lead to successful, healthy, mated love – if we learn the right things in ‘boot camp’ and on the path.  Most first loves fail.  Some end okay but many don’t.  A person’s first, big love experience usually is not based in real love but rather in some form of false love or infatuation.  Many people looking back on their first love are so grateful and glad it didn’t work out because they now know it would have been awful.

One truth is we change as we mature, and what would suit us for a lasting love relationship is not what would suit us when we are immature and first attempting a love relationship.  If we survive our early, devastating breakups we are challenged to learn better and go about love relating in new and different ways.  Some people keep repeating their past mistakes but most don’t.  Some people give up on love and don’t try again but most don’t do that either.  Most learn the destructive falsehood of their romantic mythology and then learn to go about things in more mature, healthy ways.

Love Is Better the Second or Third or Fourth Time Around

There is a Sinatra song that contains the line love is better the second time around.  That often is true.  It also is true that many people who divorce go on to a second marriage that fails in much the same way the first one did.  However, many others do better the second, or third or fourth time they attempt a serious, lasting love relationship.  It all seems to depend on whether a person is learning the ‘how-to’s’ of healthy, real love and how to grow it or whether they just keeps making the same old mistakes over and over.

We Could Teach Love A Lot Better

If our culture taught that a first romantic love experience was likely to be a training experience rather than the ‘one, true, right love, made in heaven, just for you’, many people would be saved a lot of hurt and harm.  Things might be a lot better if we taught that our first love adventures are just that, ‘love adventures’ that can teach us about ourselves and how to relate to others but they very rarely are going to turn into a lasting, life long, real love relationship.

To give healthy and more honest, accurate, realistic teaching about love we also would have to teach some different ideas about sex.  There are those who think that a realistic training about sex should contain the knowledge that around the world first sexual experiences happen at about age 15 or 16 and have nothing to do with who you will develop a lasting love with.  In some parts of the world the age is much younger and in some a bit older, but usually it has little or nothing to do with developing a lasting love.

Hormones, pheromones and other mating chemistry also are strong in adolescence, and when first experienced by youth can masquerade as this ‘first and only’ love experience.  This knowledge is spreading through most parts of the developed world but still there is a long way to go.  The standard and usual romantic myths, and lots of accompanying misinformation, also are continuing to spread.  The harm these first love myths do is thought to be at epidemic portions, according to some.

Truth and love go well together!  Many of the truths about love and love relationships do not conform well to older, cultural standards or to cultural mythology concerning love relationships.  These destructive myths may have gotten into your head and into the minds of the people you care about.  You can strive to learn the much more useful and successful truths about love, you can discuss these with others and teach them to your children.

I heard this question asked in a parenting seminar.  “If you knew that the Santa Claus myth had a chance of destroying your child would you teach the Santa Claus myth to your child”?  Remember the example of Sharon above, the myth she learned from her culture and perhaps from her family turned out to be quite destructive.  Also suspect that if you are seeing and acting through a myth you probably are being blocked from seeing and acting through real love.  So the challenge is – strive for the truth and hold it dear with everything that you are doing about love.

♥ Love Success Question
Are you sure you know what love myths have gotten into your own head and what effect they are having?

Email ThisBlogThis!Share to TwitterShare to FacebookShare to Pinterest
Labels: myths