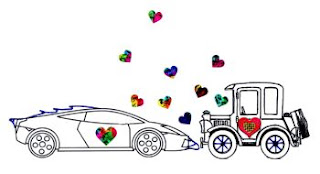 Synopsis: This mini-love-lesson discusses what is too much age difference; should age matter in love; loves many battles and many victories; why some get so upset and others don’t; love against age prejudice; love theory and age difference.


What Is Too Much Age Difference?

What do you think about a 30-year-old man marrying a 15-year-old girl?  Did you know that for many years marrying at those ages, and with that age difference, used to be considered quite proper and highly desirable.  A man at 30 had had time to establish himself financially and then could properly take care of a ‘sweet young thing’ and their subsequent children.  She was freshly ready for pregnancy.  Even a 20 year difference, if the man was wealthy enough, was seen as quite acceptable.  In those days if he and she were close to each other’s age it was seen as indecent and problematic.

Also, age differences where the woman is older and independently wealthy made it quite acceptable for her to take a younger man as her protégée and lover.  Catherine the Great, Empress of Russia, can be said to have ‘set the standard’ for this by having a string of young, officer lovers.  Royalty all over Europe followed suit, as did wealthy courtesans and the wealthier members of the rising middle class.  Twenty, thirty and even forty-year differences in people having affairs with one another and/or marrying was not infrequent.

In the developed nations of the world, the acceptance of wide, age range difference varies greatly.  Nowadays, big differences in age cause many couples to be met with disapproval and condemnation in some social spheres, societies and countries.  To this day in various other parts of the world, romantic love relationships and marriages between people of surprisingly large age difference occur and meet with local acceptance and approval.  Such unions also quite often are seen in those places as working quite well.  I once worked with a Superior Court judge who on following a US supreme court judge’s example, came to love and wed his law clerk, a woman 31 years his junior.  Years later both reported being ideal for one another and their union extremely happy.  Of course, this is not always the case.

Should Age Difference Matter in Love?

I once counseled a couple in which she was a vivacious 60 and he a very mature 32.  Their big problem was that their families were not able to accept the age disparity.  With love, time, work, plus a lot of family therapy they got most, but not all, of their respective family members acceptance.  I have seen other families expel and reject a family member because of who they wanted to wed and the age disparity issue.  I also have dealt with a few families in which the adult children were horrified that their widower father wanted to marry a woman younger than the father’s oldest child.  Eventually those situations also turned out okay for all concerned, with a lot of therapeutic help.

Love’s Many Battles and Many Victories

In the history of love, time and again love has battled social norms, changed customs, overcome prohibitions and altered or abolished laws aimed at restricting love relationships.  Often at great cost, love usually eventually wins.  In a great many different places and times, it has been deemed wrong and even unlawful for people to attempt to love one another and get married if they were of different social classes, religions, ethnic backgrounds, races, clans, casts, political ranks, handedness, types of disability and just about every other kind of classification you can think of.  Getting married to a redhead or someone who had too many freckles was even once considered a ‘big no-no’ and, Heaven forbid, if they should also be left-handed – all signs of Satanic involvement you see.

Royals could not marry commoners, mulattos, octoroons and quadroons could only marry others of their same or lesser classification, and Roman Catholics should never get romantically involved with Eastern Orthodox Catholics or, even worse, with Protestants.  And until quite recently, homosexuals should not marry anyone unless it was a heterosexual and part of their attempt to change into the same.  Still to this day, in some places around the world marrying someone who has a prohibited difference can get you jailed or even killed.  Age differences have been one of the few prohibitive factors to have more recently developed in certain areas of the world in the last hundred years.

Why Some Get Upset and Others Don’t

In some parts of the world a lot of people get very upset and even nauseated seeing or hearing about people of large age differences loving each other.  In other parts of the world no one thinks anything about it except “how nice, they love each other”.  What makes the difference?  There are the Freudian theorists who talk about Oedipal conflicts and mommy and daddy fixation.  Some think it is just social conditioning.  Here is another concept that seems to have considerable merit for answering this question.

Some cultures are very age integrated and others much more age segregated.  Generally the more a society or nation operates to keep its people age group segregated from each other, the more people in those age groups do not understand or do well with people in the other age groups.  In such places, age group prejudice grows, misconceptions abound, and it is more likely that differing age group cooperation and coordination becomes much more problematic.  Wherever elders are not frequently mixed with adolescents and children, conflicts between these classifications are seen as much more likely.  The reverse also is seen to be true.  The more people of different ages mingle the more they do well together, come to respect, like and love people in other age categories.  People in age integrated societies are thought to tolerate and accept age differences in romance far more readily.

If you romantically love someone considerably older or younger than the norms of those you associate with, you likely will meet with at least some disapproval, rejection, possibly ostracization, and in some instances even hate.  What can you do?  Well, actually you can do a lot.  First, you can work to understand that ‘rejection usually is a form of self protection, brought on by fear’.  Fear of change, difference, the unknown, being wrong, and a fear of deep, unacceptable forces emerging from within the self,  all are possible

Next, you can love your enemies, rejecters, nay-sayers and doubters, knowing they probably somehow feel threatened by your love choices.  Then, you can seek out and ally yourself with those who are more openhearted and open-minded.  Another thing to do is to really work hard to learn and practice the skills of love and use them to really succeed at your major, love relationship.  After that, and with love, keep showing your detractors how happy and successful you and your chosen are with one another.

In cases of family dissonance about age differences, a proficient, well trained and experienced family therapist has been known to make all the difference.

Among adults, love is not seen as being bound by age.  Once people have attained sufficient maturation, any two people can healthfully and romantically love each other.  There always are special drawbacks and challenges to every kind of difference in a love relationship.  However, that also is true for couples with many similarities.  With sufficient healthy, real love, skillfully given and received, handling age and every other kind of difference can be managed and accomplished significantly well.  When loving couples custom tailor their relationship, instead of trying over-hard to fit themselves to outside, social norms, they can do especially well if they work at it.  It does seem true that the greater the difference, the greater the need for love to be done well.  At least that is a postulated love theory position (see also “Elder Love”).
Now what do you think?

♥ Love Success Question: Could you romantically come to love someone a good bit older or younger than yourself, and might that actually work better than someone closer to your own age?